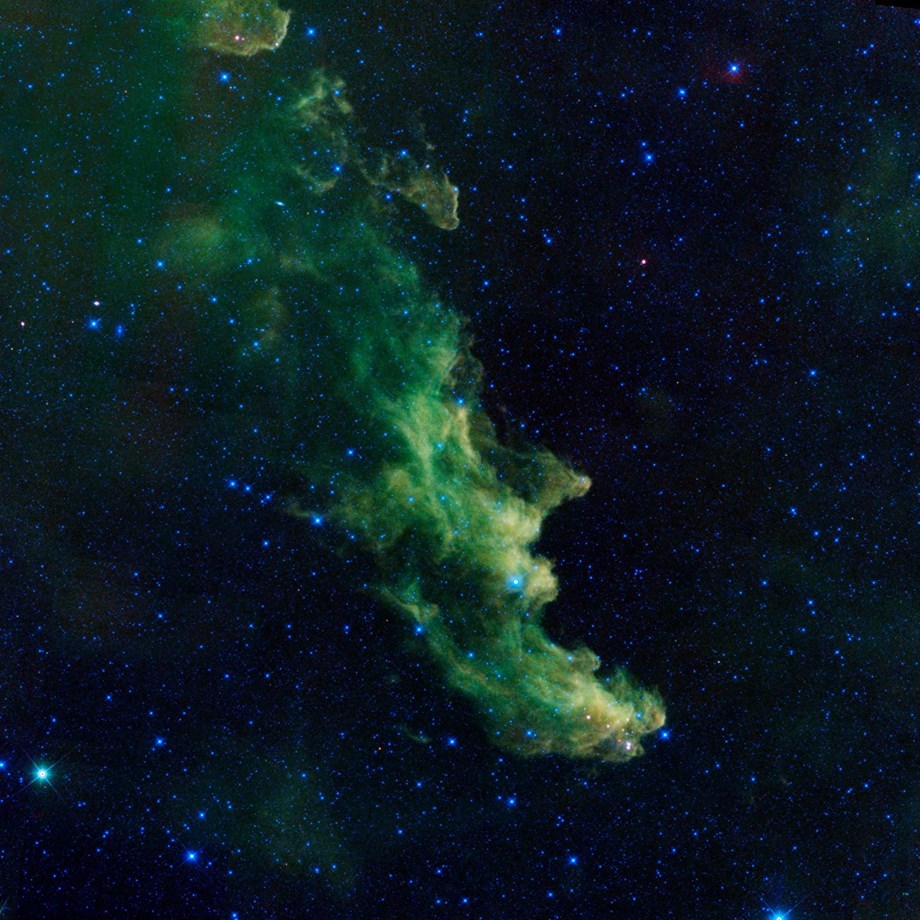 In this throwback image from NASA’s Wide-Field Infrared Survey Explorer (WISE), a witch appears to be screaming out into space. The Witch Head nebula is located hundreds of light-years away in the constellation of Orion, just off the famous hunter’s knee.

Formally known as IC 2118 in the constellation Orion, the Witch Head Nebula is named after its resemblance to the profile of a wicked witch and it glows primarily by light reflected from the star.

Astronomers say the billowy clouds of the nebula, where baby stars are brewing, are being lit up by massive stars. Dust in the cloud is being hit with starlight, causing it to glow with infrared light, which was picked up by WISE’s detectors.

Hocus Focus!🧙‍♀️A witch appears to be screaming into space in an infrared portrait. (We get it.) The billowy clouds of the Witch Head Nebula, where baby stars are brewing, are lit by older, massive stars. This witch lurks in the Orion constellation.💚 https://t.co/k7xgzaoSWC pic.twitter.com/gwsErhn6lg

NASA’s WISE was launched on December 14, 2009, and by early 2011, it had finished scanning the entire sky twice in infrared light, snapping pictures of three-quarters of a billion objects, including remote galaxies, stars and asteroids.

The space telescope was repurposed to hunt for near-Earth objects (NEOs) throughout the solar system in a program called NEOWISE. The reactivation came after the spacecraft was put to sleep in 2011 when it completed two planned full scans of the sky.

Last year, the NEOWISE mission got an extension for two more years, which means it will operate until June 2023. The asteroid hunter is operated by NASA’s Jet Propulsion Laboratory for the agency’s Science Mission Directorate. NEOWISE’s replacement, the next-generation NEO Surveyor, is targeted for launch in 2026.