An artificial intelligence (AI) algorithm, derived from the features of individual heartbeats recorded on an ECG (electrocardiogram), can accurately predict diabetes and pre-diabetes, suggests preliminary research published in the online journal BMJ Innovations.

If validated in larger studies, the approach could be used to screen for the disease in low resource settings, say the researchers.

An estimated 463 million adults around the world had diabetes in 2019. And picking up the disease in its early stages is key to preventing subsequent serious health problems. But diagnosis relies heavily on the measurement of blood glucose.

This is not only invasive but also challenging to roll out as a mass screening test in low resource settings, point out the researchers.

Structural and functional changes in the cardiovascular system occur early on even before indicative blood glucose changes, and these show up on an ECG heart trace.

The researchers therefore wanted to see if machine learning (AI) techniques could be used to harness the screening potential of ECG to predict pre-diabetes and type 2 diabetes in people at high risk of the disease.

They drew on participants in the Diabetes in Sindhi Families in Nagpur (DISFIN) study, which looked at the genetic basis of type 2 diabetes and other metabolic traits in Sindhi families at high risk of the disease in Nagpur, India.

Families with at least one known case of type 2 diabetes and living in Nagpur, which has a high density of Sindhi people, were enrolled in the study.

Participants provided details of their personal and family medical histories, their normal diet, and underwent a full range of blood tests and clinical assessments. Their average age was 48 and 61% of them were women.

Pre-diabetes and diabetes were identified from the diagnostic criteria specified by the American Diabetes Association.

The prevalence of both type 2 diabetes and pre-diabetes was high: around 30% and 14%, respectively. And the prevalence of insulin resistance was also high—35%—as was the prevalence of other influential coexisting conditions—high blood pressure (51%), obesity (around 40%), and disordered blood fats (36%).

A standard 12-lead ECG heart trace lasting 10 seconds was done for each of the 1262 participants included. And 100 unique structural and functional features for each lead were combined for each of the 10,461 single heartbeats recorded to generate a predictive algorithm (DiaBeats).

Based on the shape and size of individual heartbeats, the DiaBeats algorithm quickly detected diabetes and prediabetes with an overall accuracy of 97% and a precision of 97%, irrespective of influential factors, such as age, gender, and coexisting metabolic disorders.

The researchers acknowledge that the study participants were all at high risk of diabetes and other metabolic disorders, so unlikely to represent the general population. And DiaBeats was slightly less accurate in those taking prescription meds for diabetes, high blood pressure, high cholesterol, etc.

Nor were data available for those who became pre-diabetic or diabetic, making it impossible to determine the impact of early screening.

“In theory, our study provides a relatively inexpensive, non-invasive, and accurate alternative [to current diagnostic methods] which can be used as a gatekeeper to effectively detect diabetes and pre-diabetes early in its course,” they conclude.

“Nevertheless, adoption of this algorithm into routine practice will need robust validation on external, independent datasets,” they caution.

Machine-learning algorithm to noninvasively detect diabetes and prediabetes from electrocardiogram 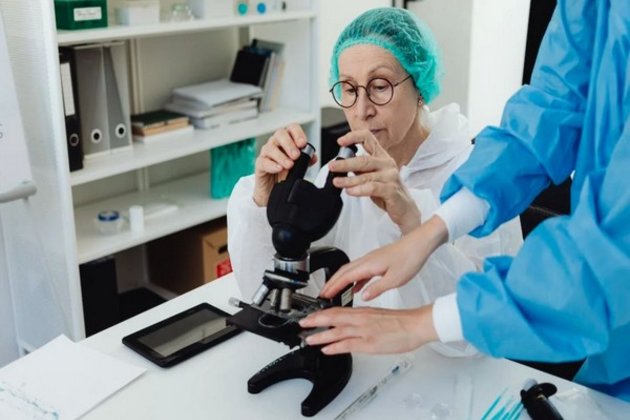