New Delhi. Telecom companies and smartphone makers have reportedly come face-to-face over electronic SIM or e-SIM phones. Where telecom companies want to make e-SIM mandatory. At the same time, smartphone brands are completely against this. In the midst of this war, it is very important for the users to know what is e-SIM, what are the supported phones and what is the math behind this war, we will tell you all this in this article.

What is e-SIM:
E-SIM is an embedded SIM that is built into the smartphone. This eliminates the need for a physical SIM. This sim works like a physical sim. Airtel was the first telecom operator in India to offer e-SIM facility.

What are the advantages of e-SIM:
E-SIM helps to save space for the battery in the smartphone. This also makes the phone feel thin. It can be enabled or disabled by the network operator. The best part is that there is no risk of E-Sim getting damaged.

After all, what is the reason why smartphone companies do not want to make it mandatory:
Smartphone companies claim that if e-SIM is made mandatory, the manufacturing price of mid-range smartphones will increase. Due to this, the price of the phone will have to be increased for the users even if they do not want to. The company claims that the e-SIM in the mobile will also require a change in the product design and it will increase the price.

Why telecom companies want e-SIM:
Telecom operators want e-SIM to be made mandatory in all devices costing Rs 10,000 or more. Telecom companies have reached out to the DoT and they are asking that DoT should order handset makers to make e-SIM mandatory. It has also been said that due to shortage of semiconductors by some operators, the price of SIM cards may increase by 4-5 times.

However, smartphone brands have expressed their views on the concerns of telecom companies. Brands have termed this concern an exaggeration. That is, the smartphone brands say that the telecom companies are getting troubled forcibly. He has claimed that the situation in the semiconductor sector is improving and the situation may return to normal in the next six to nine months.

Telecom companies wrote letter to DoT
Telecom companies have sent a letter to the Department of Telecommunications. COAI has written to DoT, “We believe that if eSIM is introduced in this price range of handsets, then physical SIM will have to be discontinued in a big way. This will benefit all telecom companies. Also it said It has been said that the wastage of SIM due to e-SIM MNP (Mobile Number Portability) will also be reduced.

Which telecom operators support e-sim
Airtel, Vodafone and Reliance Jio provide e-SIM services in India. But till now MTNL and BSNL do not provide e-sim services. 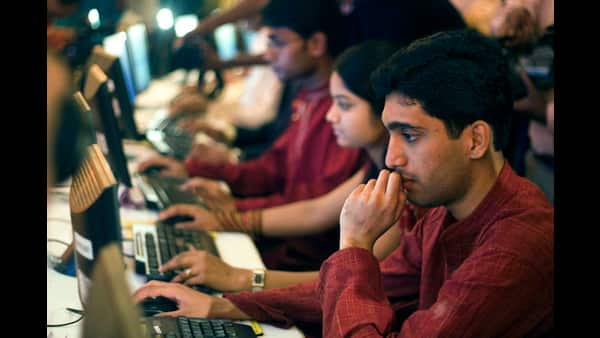