Chess, simply put, is a war fought on 64 squares. But it doesn’t hurt you. A real war does.

No country in the world at the moment could speak more about the horrors of a war than Ukraine, which has been resisting the Russian invasion for more than five months. Ukraine may be quite some way off from a victory – or peace – but it scored a significant victory here on Tuesday. It won the women’s Chess Olympiad.

It ought to be one of the most heart-warming stories to emerge from international sport of late. India was actually the favourite to win the title, but the country should not grudge these brave women from Ukraine. Anna Ushenina, the Muzychuk sisters Mariya and Anna, Nataliya Buksa and Yuliya Osmak have given their country something to celebrate in these heart-rending times.

This could probably be the happiest moment for Ukraine since the Russo-Ukrainian war started on February 24. In May, Ukraine’s rap group Kalush Orchestra had won the Eurovision Song Contest, but that was also because of some goodwill from the voting viewers.

In sport, however, no amount of goodwill will win you the gold. You need talent, grit, determination and a will to fight to emerge as the champion. The five Ukrainian women showed those qualities in ample measure over the last fortnight.

They may have even made up for the disappointment of the sports fans back home when Ukraine’s football team narrowly missed out on the qualification for this year’s World Cup, that too by an own goal in the playoff against Wales. They had come here as the second seed, behind the host.

They finished first on account of the 3-1 victory against Poland in the final round. A win by Ushenina, who became the first Ukrainian woman to win the World championship in 2012, against the in-form Oliwia Kiolbasa proved decisive. The Pole had been in great form, having won all her first nine games and then drew the 10th.

Ushenina hails from Kharkiv, which remains one of the worst cities affected by the war. The battle of Kharkiv has devastated the city.

The war has certainly affected chess in Ukraine. And it was a struggle for the Ukraine chess players – women and men – to reach Chennai for the Olympiad. The Muzychuk sisters had to flee to the safety of Spain from Lviv.

The men’s team’s captain Oleksandr Sulypa even spent a couple of months in territorial defence. Natalia Zhukova, who was a teammate of Ushenina when Ukraine won the Women’s Chess Olympiad for the first time in 2006, is helping the people as the council member of Odessa. This remarkable win must put a smile on Zhukova and the entire Ukraine’s face. Their joy will be shared by most of the world. 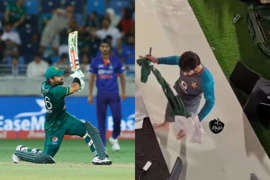 Fixture chaos for Man Utd, Liverpool, Arsenal and Chelsea – where they can fit postponed games in before World Cup – Goal.com