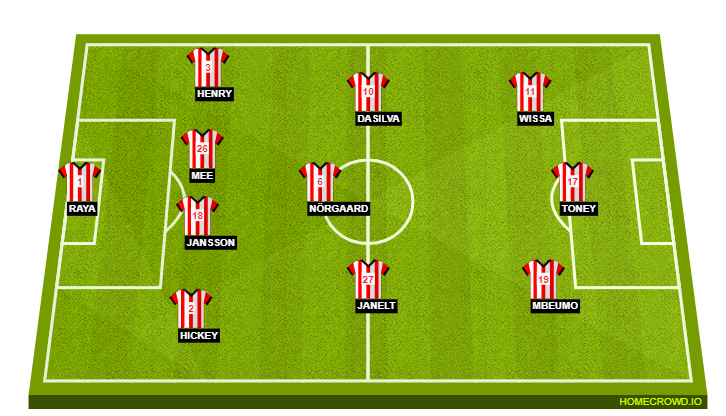 Manchester United will be desperate to bounce back to winning ways when they take on Brentford at the Brentford Community Stadium on Saturday.

The 2022/23 Premier League season continues this weekend, with the teams getting settled into the most gruelling campaign in footballing history. The action on Saturday will culminate at the Brentford Community Stadium, where Brentford and Manchester United will be eager to get their first wins of the term.

Brentford began the 2022/23 season with a come-from-behind 2-2 draw against Leicester City. The Foxes had taken a two-goal lead thanks to goals from Timothy Castagne and Kiernan Dewsbury-Hall before Ivan Toney and Joshua Dasilva earned the Bees a point. But while it was not quite the start of the 2021/22 campaign, Thomas Frank will be satisfied with last week’s performance.

On the other hand, the optimism surrounding the onset of the Erik ten Hag era disappeared in no time as Manchester United went down 2-1 at home against Brighton & Hove Albion last weekend. The Red Devils did not have their own player finding the back of the net, and the game showed the enormity of ten Hag’s task at Manchester United.

The corresponding fixture last season ended in a 3-1 win for Manchester United, with Ivan Toney scoring a late consolation goal for Brentford. Ahead of the latest meeting between the two sides, The Hard Tackle takes a closer look at the encounter.

“I try my very best to show respect and integrity. I really hope when Christian steps on that pitch that we truly applaud him. We helped him and he helped us. When the game starts it is a fight and we do everything we can to beat them”#BrentfordFC #BREMUN pic.twitter.com/mh7mg2Uqp0

Thomas Frank does not have any new fitness issues hampering his preparations ahead of the visit of Manchester United. On Saturday, the Brentford manager will be bereft of the services of three first-team players.

The defensive unit is affected the most, with Kristoffer Ajer (hamstring), Ethan Pinnock (knee), and Sergi Canos (hamstring) recovering from their respective issues. Joshua Dasilva has been impressive since recovering from a long-term injury and might be in line to start against Manchester United.

Dasilva will likely start alongside Vitaly Janelt and Christian Norgaard in the middle of the park, with the duo reprising defensive roles for Brentford. Meanwhile, Dasilva will look to push Brentford forward with his trademark driving runs from midfield.

Ivan Toney will be the danger man for Brentford, with the 26-year-old spearheading the Bees’ attack against Manchester United. Yoane Wissa and Bryan Mbuemo should support Toney in the final third, with the duo looking to create overloads inside the Manchester United box.

David Raya will take his place between the sticks for the hosts, with the Spaniard likely to be busy inside the box against Manchester United. Pontus Jannson and Ben Mee will form an experienced partnership at the heart of the Brentford defence, with Aaron Hickey and Rico Henry the two full-backs.

Like his counterpart in the Brentford dugout, Erik ten Hag does not have a new roster issue to deal with ahead of the trip to the Brentford Community Stadium. The Manchester United manager will be without four first-team players on Saturday.

Anthony Martial is the major absentee for Manchester United, with the French international recovering from a hamstring injury. Victor Lindelof (knock), Brandon Williams (unspecified), and Facundo Pellistri (ankle) are the other players unavailable to take on Brentford.

Erik ten Hag announces that Marcus Rashford won’t join PSG: “Rashford is really important, you have seen from the first day – I’m really happy with him and definitely don’t want to lose him”. 🚨🔴 #MUFC

“Rashford is in our plans. He will stay at Manchester United”. pic.twitter.com/5sISF8RTuc

The midfield combination of Scott McTominay and Fred failed miserably last weekend, and ten Hag might drop McTominay to the bench against Brentford. And with Cristiano Ronaldo likely to be fit to start, Christian Eriksen will move into the midfield after showcasing his ability in a deep-lying role.

The former Brentford playmaker will line up alongside Bruno Fernandes and Fred, with the former leading the creative charge for Manchester United on Saturday. As iterated earlier, Ronaldo will spearhead the Manchester United attack against Brentford, with Jadon Sancho and Marcus Rashford picking themselves on the flanks.

Luke Shaw did not make a solid impression against Brighton & Hove Albion but should start ahead of Tyrell Malacia as the left-back. Diogo Dalot is an automatic pick on the right flank, with Harry Maguire and Lisandro Martinez pairing up at the heart of the Manchester United defence.

A lot has been said and written about Cristiano Ronaldo’s future at Manchester United. For the second time in his association with the Red Devils, the Portuguese international has made a huge cry about departing from Old Trafford. But it looks like Ronaldo is not going anywhere and will remain at Manchester United beyond the summer transfer window.

The veteran attacker will now look to stamp his authority in his first start of the 2022/23 season, looking to push Manchester United up the Premier League table. And if there is someone capable of singlehandedly inspiring Manchester United to a big win, it is Ronaldo.

Manchester United lost 2-1 at home against Brighton & Hove Albion last weekend. But they have not started a season with two consecutive defeats since the inaugural Premier League campaign back in 1992/93. In addition, the Red Devils have lost five of their last seven Premier League games (W1 D1), although their only win in that time was against Brentford.

It looks like Manchester United might do a repeat of the 1992/93 season by starting the campaign with back-to-back defeats, with the team lacking inspiration. Cristiano Ronaldo’s return might not be enough to help Manchester United to even a single point, with Ivan Toney pushing Brentford to clinch the three points at the Brentford Community Stadium, with Brentford capitalising on the visitors’ vulnerabilities at the back. 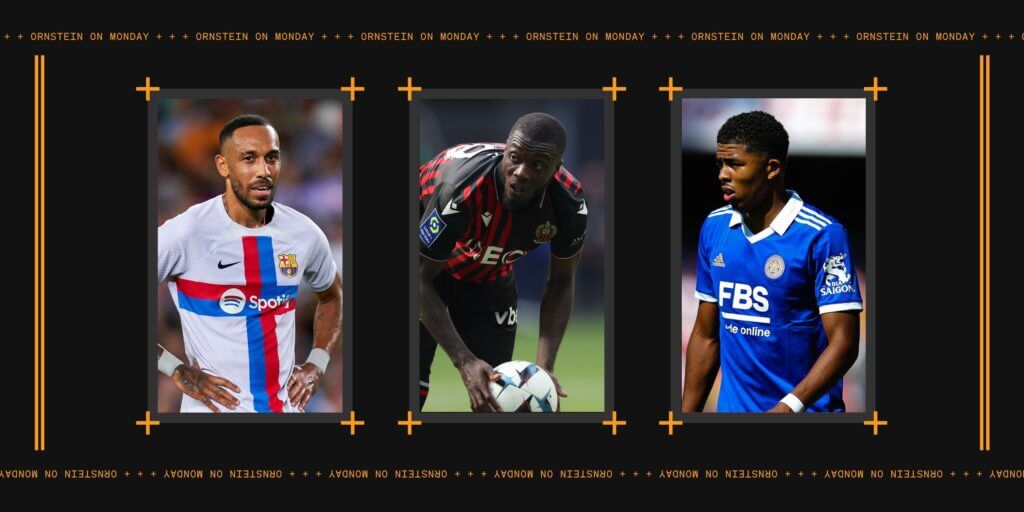 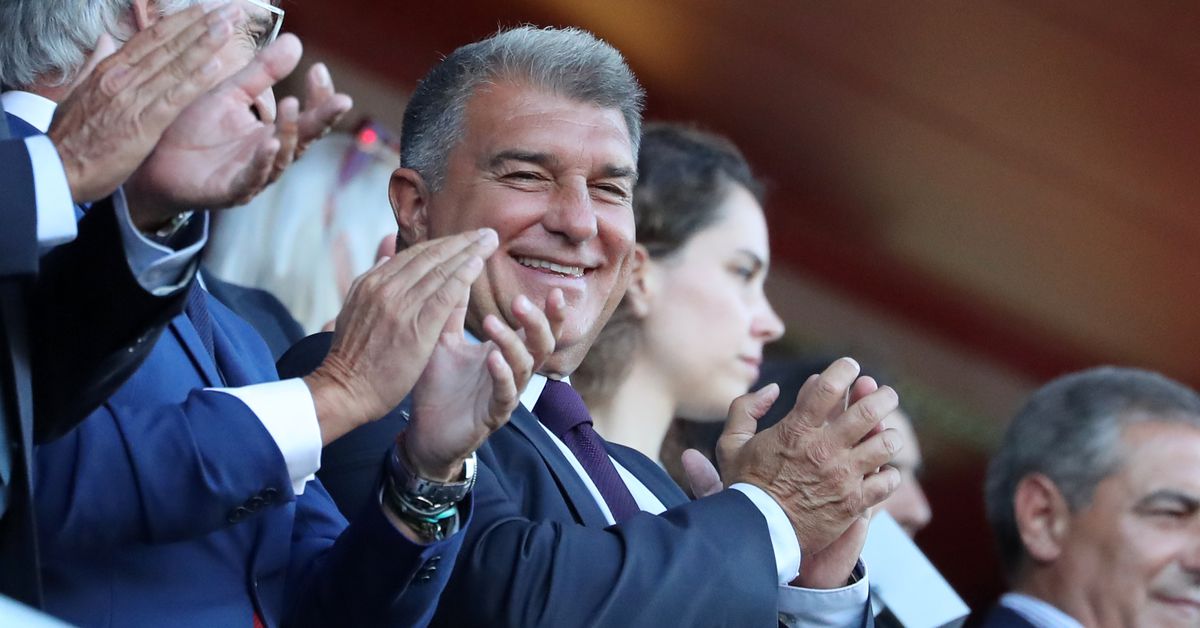