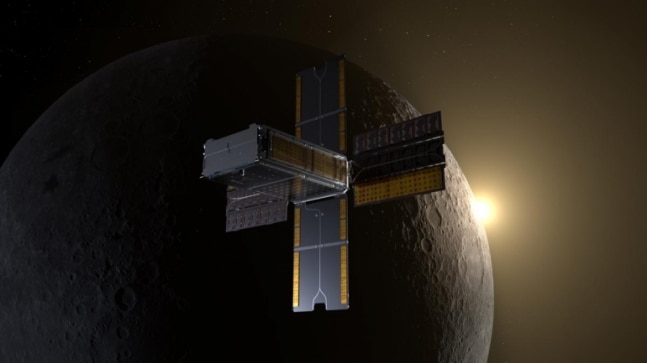 As Nasa prepares the Space Launch System (SLS) to liftoff on its inaugural flight around the Moon, before humans board it, about 10 satellites will hitch a ride into lunar orbit. Among them is BioSentinel — a CubeSat — that will perform the first long-duration biology experiment around the Moon.

The shoebox-sized satellite will carry microorganisms in the form of yeast to understand the health risks posed by long-duration travel in deep space. The experiments are aimed at filling the gap in data that could provide key insights and set in motion plans to send humans to Mars in the future.

“BioSentinel is the first of its kind. It will carry living organisms farther into space than ever before. That’s really cool!” Matthew Napoli, BioSentinel project manager, said in a statement.

WHAT WILL BIOSENTINEL DO?

The probe will monitor the vital signs of yeast to see how they fare when exposed to deep space radiation. It will study yeast cell growth and metabolic activity after exposure to a high-radiation environment beyond low-Earth orbit.

It is to be noted that space radiation is one of the most dangerous things outside the planet that affects at a nano scale. These high-energy galactic cosmic rays and bursts of solar particles can wreak havoc on electronics and living cells alike.

The spacecraft will be deployed within hours after launch as the Space Launch System opens up its fairing and pushes the Orion spacecraft on its way to the Moon. BioSentinel itself will swing past the Moon, a few days later. Once around the Moon, a week-long yeast study will begin.

The spacecraft has been equipped with a novel biosensor, which is a miniature biotechnology laboratory designed to measure how living yeast cells respond to long-term exposure to space radiation. The satellite has been designed in a way that it allows the controlled flow of extremely small volumes of liquids and provides a habitat for yeast.

Also Read | Jupiter-sized baby planet could give birth to moons. We could watch it happen

Nasa said that the decision behind sending yeasts around the Moon for the experiment was taken because yeast cells have similar biological mechanisms to human cells. Meanwhile, it has a similar DNA damage and repair mechanism as humans.

Therefore, scrutinising yeast in space will help better understand the risks of space radiation to humans and other biological organisms.

Nasa has said that the Artemis-I mission, the test mission to verify all systems are working for humans to climb atop, will be launched on August 29 in a tow hour launch window.

Also Read | Seawater could power nuclear reactors in the future

Inside giant ice planets, it could be raining diamonds – Digital Trends