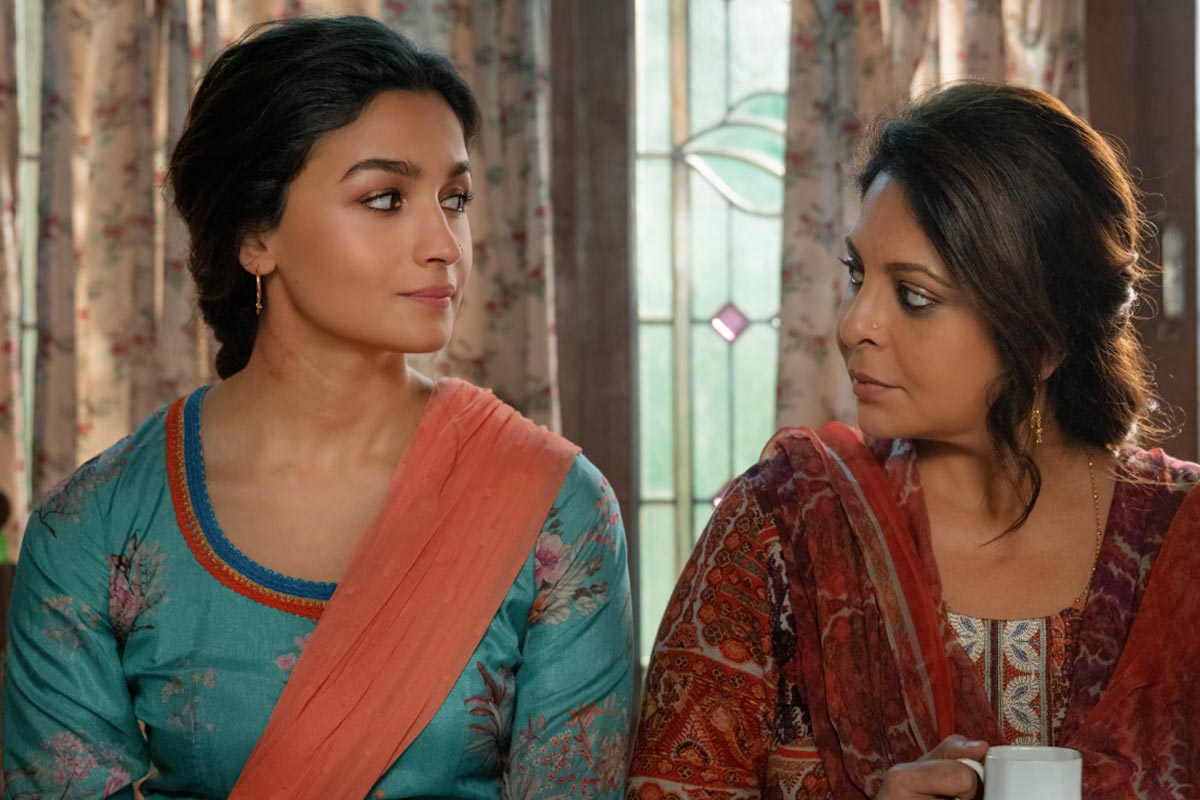 Despite managing to entertain while making important points, ‘Darlings’ has its share of flaws. The biggest of which is placing the responsibility of walking out of a violent situation on the individual when the issue is systemic.

Spoiler alert: This is not a review. This article discusses Darlings and how the film depicts the issue of domestic violence. It contains spoilers including a discussion on the ending.

The recently released Hindi Netflix film Darlings is about a domestic violence survivor who decides to get rid of her husband. Directed by Jasmeet K Reen, Darlings is about Badru (Alia Bhatt), a young Muslim woman who is married to Hamza (Vijay Verma), an alcoholic Ticket Collector. Badru’s mother Shamshu (Shefali Shah) lives in the same building, which is home to several lower middle class families, and she is unable to bear the abuse that her daughter is facing. Another important character in the film is Zulfi (Roshan Mathew), a budding entrepreneur who has a soft corner for the family.

Darlings is an immensely watchable film, and it is helped by the wonderful performances of the cast, particularly Shefali Shah and Vijay Verma. It also needs to be commended for attempting to talk about domestic violence in a way that will appeal to a wide range of viewers. But, while the film which runs on black humour has generally received positive reviews, it has come under criticism for seemingly making light of a serious issue and encouraging violence against men. In Darlings, Badru is pushed to drugging Hamza and almost murdering him with the support of her mother and family friends who are sympathetic to her situation.

The 2006 Jag Mundhra film Provoked, which is based on the real life case of Kiranjit Ahluwalia, an Indian woman living in the UK, was also about a woman who kills her husband. Married for 10 years and subjected to domestic violence ranging from psychological abuse to rape, Kiranjit burnt her husband to death. She was initially convicted of murder and sentenced to life in prison but after the intervention of the the activist group Southall Black Sisters, the conviction was overturned and a mistrial was declared. The charge was replaced with voluntary manslaughter but she was not prosecuted again. Provoked, unlike Darlings, was the documentation of a real life case and did not receive as much backlash for the treatment of the man in the story.

In my view, though, the problem with Darlings lies elsewhere. The discourse around Darlings is happening at a time when yet another horrific case of domestic violence has come to light, after the release of Darlings. On August 3, Mandeep Kaur, an Uttar Pradesh woman, took her own life in the US after suffering through domestic violence for eight years. Videos of her husband Ranjodhbeer Singh Sandhu beating her up have been doing the rounds on social media. Like Hamza in the film, Ranjodhbeer is also an alcoholic. Several people have compared the real life case to Darlings but the film – despite managing to entertain while making important points – has its share of flaws. The biggest of which is placing the responsibility of walking out of a violent situation on the individual when the issue is systemic.

Darlings paints an idyllic world where the woman’s family (in this case, her mother) is supportive of her and encourages her to leave her husband every time she undergoes violence. Not only that, the police – which is notorious for striking a ‘compromise’ in domestic violence cases in real life – is shown to be extremely empathetic and willing to file a complaint immediately. Badru’s neighbours, who regularly hear the sounds of violence from her home, are also kind people who think Badru should leave Hamza. Zulfi even takes the initiative of going to the police to complain about Hamza without Badru or Shamshu’s knowledge. Except Hamza, everyone is on Badru’s side.

What is the problem then? Why doesn’t Badru leave Hamza? It’s because she is convinced that she can ‘reform’ him and that the problem lies with his alcoholism. It’s only when she ends up having a miscarriage due to his behaviour that she changes her mind. To be fair, Badru’s emotional arc is realistic. There are many women who stay in toxic, violent marriages out of a belief that they can somehow salvage the situation. Like Badru, they believe that the man will change if he gives up something or if he becomes a father. They believe that the violence shown towards them is a manifestation of love. They are convinced that all women have to face marital problems at some point and that there’s nothing unique about their situation that calls for drastic measures.

However, such an emotional dependence is a product of systemic violence, and the solution cannot fall upon an individual’s agency alone. It is important to recognise this because whenever a case of domestic violence is reported, the question that’s asked is, “Why doesn’t she just leave him?” Unfortunately, the answer – as case after case has proved – is that women in such situations have very few safe options before them. Be it the Mandeep case or Vismaya from Kerala, the woman’s family expects her to “adjust” and somehow make the marriage work. If the couple has children, the woman is under even more pressure to stay on in the marriage. A situation like Badru’s, where everyone around the survivor is equally supportive and behaves in a sensitive fashion, is extremely rare.

Further, as several activists have pointed out over the years, the police seldom does its job when it comes to domestic violence complaints. The tendency is to “counsel” the couple and have them sort out a “family problem”. In Darlings, the senior policeman who is frustrated by Badru’s unwillingness to file a complaint against her husband, pretty much says that the reason men beat their wives after consuming alcohol is because the latter let them do so. The stigma associated with divorce and the judgmental attitude of society towards women who have chosen to separate from their spouse isn’t a factor in Badru’s case at all. In Thappad, another Hindi film that explores domestic violence, the woman has a supportive family but she’s repeatedly asked by people around her why she chose to leave the marriage over “just a slap”. The film is a far more realistic portrayal of what survivors have to go through when they leave such a marriage.

Darlings has a mother who is a survivor of domestic violence herself; yet, her only condition for Badru to get married to Hamza is that the groom should have a good job. While it’s perhaps understandable that she did not speak to her daughter about what had happened in her own marriage, it’s puzzling that she does not seem to think her daughter’s financial independence was equally important, given her experience and progressive personality. What then was the plan for Badru’s future, if not marriage? Isn’t it such patriarchal conditioning that makes marriage compulsory and inevitable for women? The film, however, does not examine this need to get married and stay married. It’s only later, when her marriage falls apart, that Badru becomes a partner in her mother’s catering business.

In the climax, Badru, who is on the verge of killing her husband after keeping him captive for several days, decides to let him go because she doesn’t want to turn into a violent person like him. He shouts about taking revenge on her but is killed by an oncoming train – this is a convenient deus ex machina ending that doesn’t account for the threat under which several women live after rejecting a man. In this fairytale on domestic violence, the prince is taken out and the damsel is rescued.

Darlings is well-intentioned, entertaining, and often insightful. It may also offer cathartic relief to many viewers who have experienced such violence and leave them feeling avenged. But its choice to talk about a very real issue in an unrealistic way, unfortunately, places the onus once again on women. As a black comedy, Darlings works very well indeed. As a social commentary, however, it proves to be inadequate.

Sowmya Rajendran writes on gender, culture and cinema. She has written over 25 books, including a nonfiction book on gender for adolescents. She was awarded the Sahitya Akademi’s Bal Sahitya Puraskar for her novel Mayil Will Not Be Quiet in 2015.

Views expressed are the author’s own. 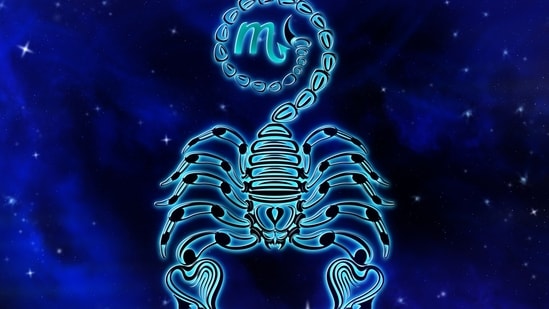 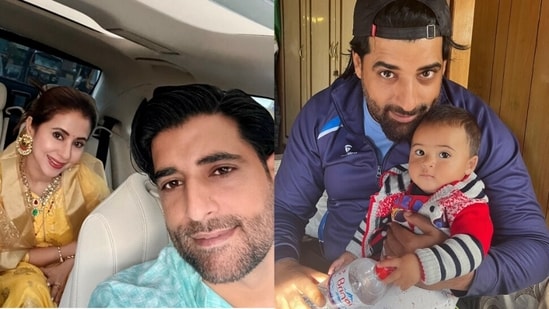