A teaser of Fabulous Lives of Bollywood Wives is out and Farah Khan has an interesting response to it. The choreographer-filmmaker commented on Seema Khan’s post for the teaser and said she cannot wait. Maheep Kapoor, Bhavana Pandey, Neelam Kothari, and Seema Khan reunite for the second season of the Netflix show. (Also read: Farah Khan joins Seema Khan, Maheep Kapoor, Bhavana Pandey for lunch)

Sharing the clip, Seema, who is a fashion designer, wrote, “Newsflash. This is your official invite back into the fabulous circle! Get ready on the count of 3 because season 2 is coming soon, only on Netflix” Farah was one of the first ones to comment and she wrote, “Can’t wait for your words of wisdom Kameeniiii.”

Actor Sameer Soni’s wife, and one of the cast members, Neelam, also shared the clip and captioned it: “Glam, glitz, and a fresh cup of piping hot tea! Your favourites are back for a banging new season and it’s going to be fabulous. Dropping soon, only on Netflix.”

Actor Sanjay Kapoor’s wife, jewellery designer, Maheep, wrote, “Things are about to get fabulous, so here’s your exclusive invite back into the inner circle! Season 2 is coming back soon with the Fab 4,” as she shared the teaser clip on her Instagram.

Fans have showered love on the new clip and all the social media posts were flooded with heart eye and fire emojis in the comments section. The show focuses on the personal and professional lives of Neelam, Maheep, and actor Chunky Panday’s wife and entrepreneur Bhavana, and Seema.

A teaser, released earlier this year had shown Maheep, Bhavana, Neelam, and Seema shocked as Bhavana’s daughter, actor Ananya Panday, asked someone, “Are you pregnant?” in the second season of the show. The second season was announced last year and the shoot was wrapped up in February 2022. The first season landed on Netflix in 2020. 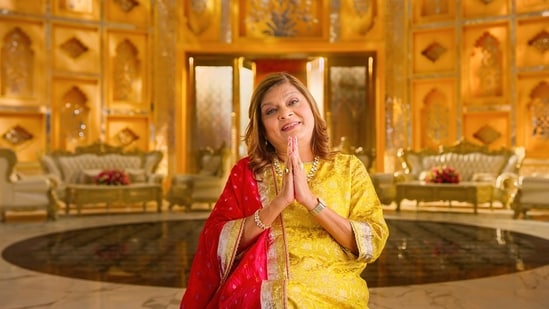