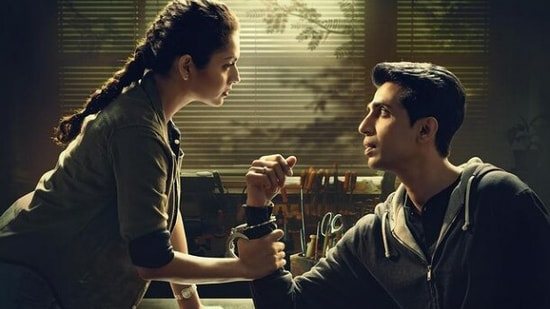 Gulshan Devaiah and Drashti Dhami are preparing for the release of their upcoming show Duranga- Two Shades Of A Lie. The ZEE5 thriller series, which is the official Indian adaptation of the Korean show Flower Of Evil, stars Gulshan as a suspected serial killer Sammit, and Drashti as Ira– his wife and cop who is investigating the case. Also Read| Duranga teaser: Gulshan Devaiah sells the perfect lie in this new suspense thriller

The actors spoke about the show, its comparison to the original Korean series, and more in a recent conversation with Hindustan Times. Talking about the 9-part thriller series, Drashti Dhami said, “The show is actually a pure love story, followed with a full dhamaka (explosion) of a thriller. I play a cop and he plays my husband who is an artist. We’ve been married for 13 years, and I feel like my husband is the perfect husband, the perfect man, the perfect father. Until one day, I feel like he has really betrayed my trust.” Gulshan added to this, “She is working on a case about a serial killer who follows a lot of modus operandi of an old serial killer who has been presumed dead for a long time. There are connections that point toward Samit who I play. Ira and the audience start to notice that there is more to this man.”

Asked if they felt pressurised due to Duranga’s constant comparisons with Flower Of Evil, Drashti said, “It is an adaptation so there is nothing to feel pressurised about, and both of us did not watch the original version because we wanted to have our own take to our version of it.” Gulshan chimed in, “I am sure some people will be a little harsh with their criticism, but that’s bound to happen, and that’s welcome. We are not feeling any pressure.”

Drashti Dhami, who is popular for her work in several TV shows including Madhubala and Geet, made her digital debut with the Disney+ Hotstar show The Empire last year. She said that though she did have to change a few things when she started doing OTT, she is not bothered with the conception of TV actors being overdramatic. She said, “In The Empire, you would have seen that I was not overdramatic there. These comments don’t really bother me because I know that I am an honest actor and I give my 100% to what I do. But yes, this is a different medium. So I had to do a lot of unlearning. I had to bring a lot of subtleness and tone down the way I would speak or do a scene. I am learning, day by day.”

Drashti has been in the entertainment industry for almost two decades, having worked as a model for print and television before appearing in the music video of Saiyyan Dil Mein Aana Re in the early 2000s. Asked if she can feel a change in how the industry treats women artists or the kinds of roles they are offered in all these years, the actor said, “I was treated very well since I started. I don’t think anyone misused me or manipulated me, but that’s also because there’s a boundary that I always maintained. I have never faced that. But since I started and now, there’s a lot of content for women. They’re making very different kinds of content due to which we are at par (with male actors). Television has always been where actresses are more important than the actor, and I think finally OTT is also getting it, where we are equals.”

As for Gulshan Devaiah, he debuted in the industry with Kalki Koechlin-starrer That Girl in Yellow Boots in 2010 and has not looked back. An alumnus of the National Institute of Fashion Technology (NIFT), he had been working in the fashion industry for a decade before he switched to acting.

Looking back at his journey from fashion to acting, Gulshan said, “I always wanted to be an actor since I was 7-8 years old. I really enjoyed performing in front of people. I was very active in school. I used to do all sorts of things including singing and dancing. But being on stage and pretending to be somebody else was something I took to like a moth to a flame. Somewhere you realise that it’s not possible for it to be the reality. But I discovered that that’s not true. I started paying more attention to the craft and learning what it really means to be an actor. I built some confidence in myself and decided that I have to give it a shot.”

The actor added, “I was doing something else and I was quite comfortable doing that. But I thought that if I don’t try now then I will probably regret it at some point in my life when I am older, that I never tried. So I didn’t want to feel like that. I was okay with failing because if it doesn’t work out I can go back to making clothes which I was doing anyways. But fortunately, I met good people who gave me good opportunities and good work.”

Gulshan also added to the insider vs outsider debate and said he feels too much is made out of. The actor said, “I have not felt anything like that. When I started working here I felt that this place, this town has given me a space. It may be a small space but this is my space. And then it is up to me to see what I can do with it. I am not saying that there’s no politics. In every place, there is a power structure. They will have their own way of doing things and there’ll be politics and favouritism and all of that. It exists everywhere. But it never really bothered me back then and it doesn’t bother me now as well. I don’t have any reason to blame anybody for where I am or where I’m not. I think too much is made of it. It’s not like it doesn’t exist, but it’s given too much importance. Some bad things have happened to people, and too much importance is given to it.” Also Read| Gulshan Devaiah says nepotism debate serves ones who want to settle scores

Gulshan was last seen on the screen in Badhaai Do opposite Rajkumar Rao. His role as Guru Narayan, a queer lawyer, was short but impactful and earned a lot of praise. However, Badhaai Do, and Chandigarh Kare Aashiqui which was released less than a month before it, also led to discussions about the lack of representation of queer actors in the film industry. Gulshan said he does not approve of the debate surrounding whether a queer actor should have played the queer roles in Badhaai Do.

He said, “Queer actor can play a straight part. It really depends on the capabilities and the skill set and the talent each actor has. I didn’t hear this (discussion) at all because mostly what I heard were really good things about the film and my performance. It was unbelievable for me because it was a six-minute role, and I got so much love for it. It was written very well also, I can’t take all the credit for it…I think it’s a bit of ridiculous debate to have that a queer actor should have played it. People should get equal opportunities, regardless of their sexual orientation. If you are an actor then you are an actor, you can be hired to play a transgender or a straight part or anything. It should be about fair opportunities.”

During the conversation, Gulshan also spoke about his recent tweets where he spoke against the ‘cancel culture’ and ‘boycott culture’ that have become popular on social media. He had tweeted, “Both cancel culture & boycott culture are populated by nauseating, whining, complaining, zone flooders.” Recently, a section of social media users also called for boycott of Aamir Khan-starrer Laal Singh Chaddha and Akshay Kumar’s Raksha Bandhan due to comments of the artists involved in it.

Elaborating on his tweets, the actor said, “It’s a bit of a phenomenon. It’s just my observation. I don’t know how accurate it is. A lot of people who are against cancel culture and that it shouldn’t exist, also do the same thing and just call it a boycott. It’s pretty much the same thing. It’s not really about Laal Singh Chaddha or Raksha Bandhan or any particular thing. This has been happening for a long time, particularly on social media- boycott this, boycott that, etc. I am not a fan of cancel culture. I am not a fan of boycott culture either. I think they are extremities. Both of these things are really cancelling each other.”

Duranga, directed by Pradeeep Sarkar and Aijaz Khan and produced by Goldie Behl and Shradha Singh, will premiere on ZEE5 on August 19. It also stars Abhijit Khandkekar, Barkha Sengupta, Rajesh Khattar, Divya Seth, and Zakir Hussain among others. 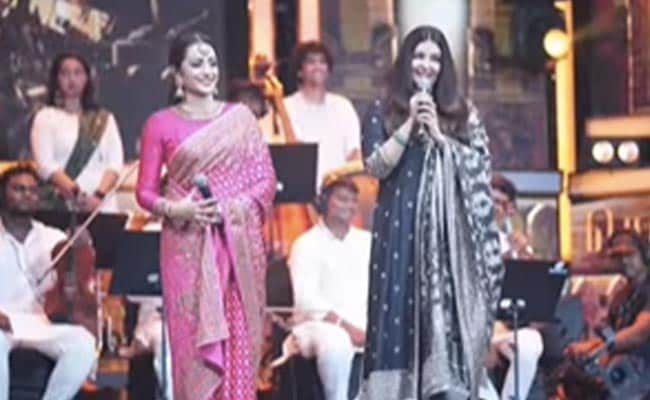 Ponniyin Selvan Star Trisha To NDTV On Aishwarya Rai Bachchan: “Beautiful Inside And Out” – NDTV 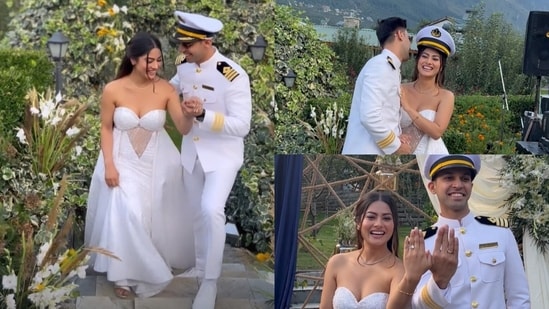 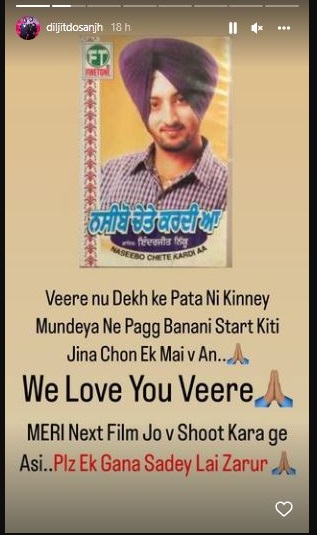