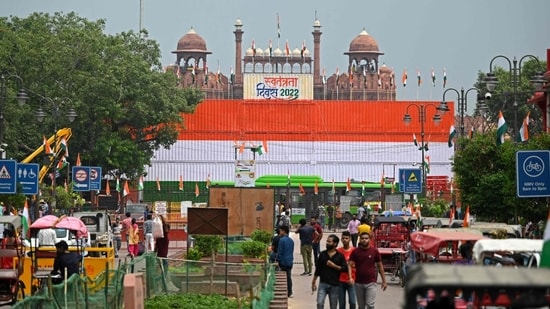 India will complete 75 years of independence on Monday amid celebrations of the country entering its 76th year of freedom. Prime Minister Narendra Modi will lead the celebrations of 76th Independence Day from the ramparts of Red Fort in New Delhi. Several dignitaries, including defence minister Rajnath Singh, among others, will be present at the celebrations tomorrow.

According to a statement by the defence ministry, a series of events have been planned to mark the Independence Day celebrations.

1. After arriving at the Red Fort, Modi will be received by Singh, MoS defence Ajay Bhatt and defence secretary Ajay Kumar. Then, Kumar will introduce the general officer commanding (GoC), Delhi Area, lieutenant general Vijay Kumar Mishra, AVSM, to the prime minister. The GoC Delhi Area will then conduct Modi to the saluting base where a combined inter-services and Delhi Police Guard will present general salute to him. Thereafter, Modi will inspect the Guard of Honour.

3. Then, Modi will move to Red Fort ramparts where the defence minister will greet him along with other army, naval and air force officers. The GoC Delhi area will conduct the PM to the dais on the ramparts to unfurl the national flag.

4. Once the hoisting of the Tricolour is done, the flag will receive a ‘Rashtriya Salute’. The air force band, comprising 20 men, will play the national anthem during the unfurling of the national flag and presenting of the salute. The band will be conducted by master warrant officer Raghuvir.

5. Squadron leader Sumita Yadav will assist Modi in unfurling the Tricolour. It will be synchronised with the 21 gun salute fired by the valiant gunners of the elite 8711 Field Battery (Ceremonial). The ceremonial battery is commanded by Lt Col Vikas Kumar, SM and the gun position officer will be naib subedar (AIG) Anoop Singh.

6. The National Flag Guard consisting of five officers and 128 men from the air force, army, navy and Delhi Police will present the ‘Rashtriya Salute’ at the time of unfurling of the Tricolour by Modi. Wing commander TVR Singh from the IAF will be in command of this Inter-Services Guard and Police Guard.

8. Then, Modi will address the nation.

9. Following the completion of the address, the cadets of National Cadet Corps (NCC) will sing the national anthem. As many as 792 boys and girl NCC cadets (army, navy and IAF) from different schools across the country will take part in this festival of national fervour. These cadets will be seated at ‘Gyan Path’ in front of the Red Fort’s ramparts in a geographical formation of the Map of India. They will wear outfits of the regions they are representing, symbolising India’s cultural diversity.

10. In a first, a home-grown howitzer gun, Advanced Towed Artillery Gun System (ATAGS), developed under the Centre’s ‘Make in India’ initiative, will fire during the ceremonial 21-gun salute. The gun is completely indigenous, designed and developed by the DRDO. Lt colonel Gagandeep Singh Sandhu is commanding the gun unit with the firing instructor Naib Subedar Gulab Wable. The gun has been specifically customised, with certain technical specifications being modified for the ceremony.

11. Keeping up with the initiative taken during this year’s Republic Day on January 26, India’s unsung heroes, who are typically overlooked, have been invited as special guests for the ceremony. These include mortuary workers, street vendors and anganwadi workers, among others.

12. As part of ‘Azadi ka Amrit Mahotsav’, defence and culture ministries have come together in partnership with the National gallery of Modern Art, Delhi, to pay a unique tribute to the brave hearts of India’s struggle for freedom. In an art project, Kala Kumbh, 500 master artists have worked to create 10 scrolls, each 75 meters long, of which eight will be displayed tomorrow during the celebrations.

13. This year, wall hanging of prominent freedom fighters from different states and Union territories (UTs) will adorn the magnificent walls of Red Fort. These hanging walls will also have a different cultural, natural and religious heritage of that particular state or UT. Some of the freedom fighters to be showcased include Bhikaji Cama from Gujarat, Trilochan Pokhrel from Sikkim, Sachindra Lal Singh from Tripura, Mangal Pandey from Uttar Pradesh and Chittaranjan Das from West Bengal.

14. Kite flying will also feature in the celebrations on Monday for Independence Day.

15. For the first time, a special Youth Exchange Programme has been organised between August 9 and 17. A total of 26 officers/supervisors and 127 cadets/youths from 14 countries – US, UK, Argentina, Brazil, Fiji, Indonesia, Kyrgyzstan, The Maldives, Mauritius, Mozambique, Nigeria, Seychelles, UAE and Uzbekistan – are already in India for Independence Day celebrations. Apart from attending the main event at the Red Fort, they will be visiting places of cultural and historical importance in Delhi and Agra. 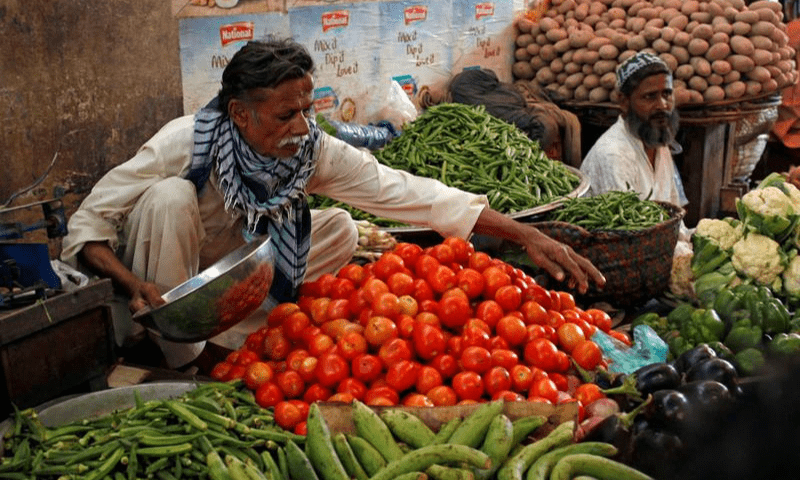 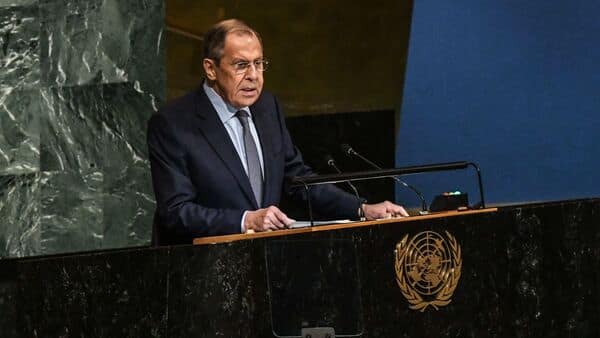