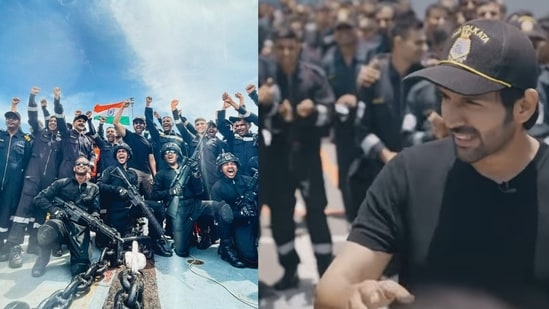 bollywood
After Salman Khan, Kartik Aaryan was spotted spending time with the Indian Navy officers. He visited a naval ship and shared his experience on Instagram.

Actor Kartik Aaryan spent his day with the Indian Navy offices ahead of the 75th Independence Day. He took to Instagram and shared a bunch of photos and videos of his experience. From playing tug of war with officers to posing with a gun, dancing and even making rotis, he seemed to have a blast on a naval ship. (Also read: Kartik Aaryan wishes Happy Raksha Bandhan to ‘hamesha meri raksha karne wali’ sister)

While in some pictures Kartik posed intensely with a gun, next to other armed officers, in the next video he performed bhangra. Going by the visuals, he played a bunch of games, including tug of war and even video games with the officers. One video showed him surprised and impressed with the roti-making machine. He also chanted ‘Bharat Mata Ki Jai’ with officers. During an interaction, the actor called the officers ‘real heroes.’

Sharing all the glimpses of his visit, Kartik wrote, “Hail the soldier !! A day with the brave Navy soldiers.” Reacting to the post, a proud fan commented, “The SUPERSTAR WITH THE REAL HEROES!” “The way you make us all soo proud!” added another fan. “Now this is the actual independence day,” said someone else as well. Meanwhile, the actor has also changed his display picture on Instagram and added one taken during his visit.

Kartik was last seen in Bhool Bhulaiyaa 2, a stand-alone sequel to the 2007 film Bhool Bhulaiyaa. The film performed extremely well at the box office and was called the saviour of the industry. It also starred Kiara Advani and Tabu.

The actor is currently working on his next film Satyaprem ki Katha. Besides this, he also has Freddy, alongside Alaya F. Kartik is also a part of Shehzada and an untitled project by director Kabir Khan. 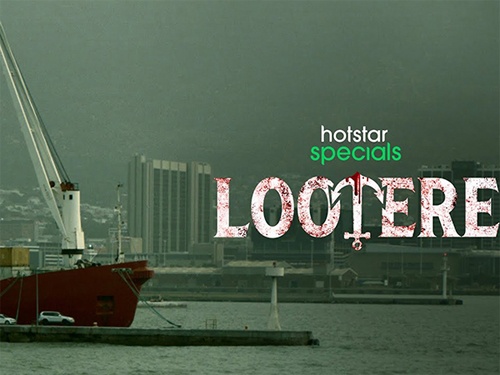 OTT: Scam 1992 director comes up with a new series for Hotstar – 123telugu 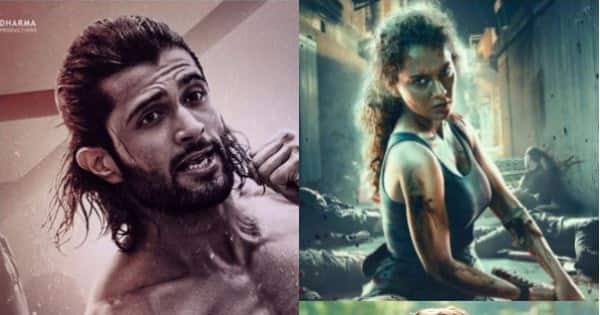 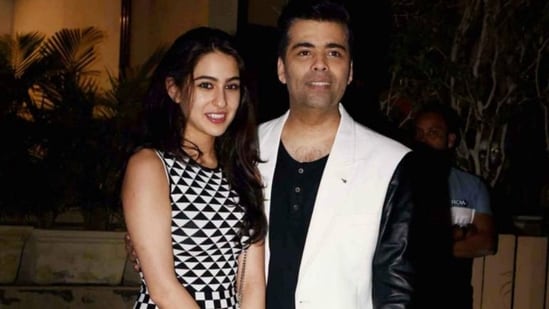