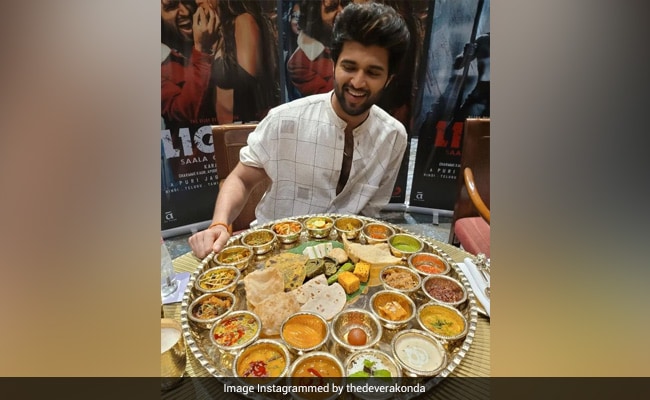 Vijay Deverakonda is currently on a promotional spree with his co-star Ananya Panday for their much-awaited film Liger. The actor is making memories in each city he has been visiting for work. Recently, the Liger stars met their fans and promoted the Puri Jagannadh directorial in Vadodara, Gujarat. And, Vijay made sure to relish the traditional dishes of the state amidst his tight work schedule. The actor, on Wednesday afternoon, posted a photo of himself looking at a traditional Gujarati thaali and smiling with all his heart. “The great Gujarati Thali,” he wrote in the caption. A traditional Gujarati thali generally comprises varieties of curries, dal, kadhi, roti, puri, rice, chutney, papad and gulab jamun.

Vijay Deverakonda also shared a collage featuring himself and Ananya Panday interacting with their fans in Vadodara on his Instagram Stories. “With my boys and girls in Vadodara, Gujarat. Liger,” he added to the caption. The pictures, in the collage, show him sporting a white checkered shirt and hugging his fans, as well as, taking pictures with them.

Almost an hour after the Gujarati thali picture, Vijay Deverakonda shared another image of himself from his food album. He can be seen what appears to be biting his thumb after finishing a cup of coffee (going by Ananya Panday’s Instagram Stories) in his latest post. “Just,” he wrote with a smiling emoji in the caption.

Ananya Panday, too, shared a ROFL snap of the actor from their coffee meet. She wrote: “Koffee with(out) Karan. Missing you, Karan Johar.” Ananya Panday and Vijay Deverakonda appeared together in the fourth episode of the seventh season of Koffee With Karan, which premiered on Disney+Hotstar on July 7.

About Liger, the film also stars Ramya Krishnan and boxing legend Mike Tyson. Vijay Deverakonda portrays the role of a tea seller who goes on to become a great kickboxer in the film. Liger will release on August 25.

Vijay Deverakonda made his acting debut with the 2011 film Nuvvila but gained popularity because of his performance in the 2016 film Pelli Choopulu. He is best known for featuring in movies such as Sandeep Reddy Vanga’s Arjun Reddy, Dear Comrade and Geetha Govindam, among others. 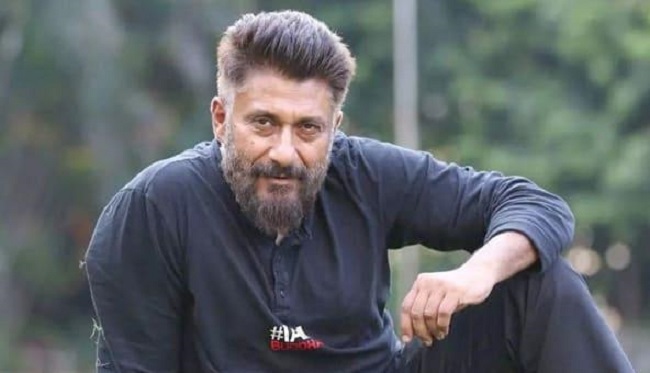