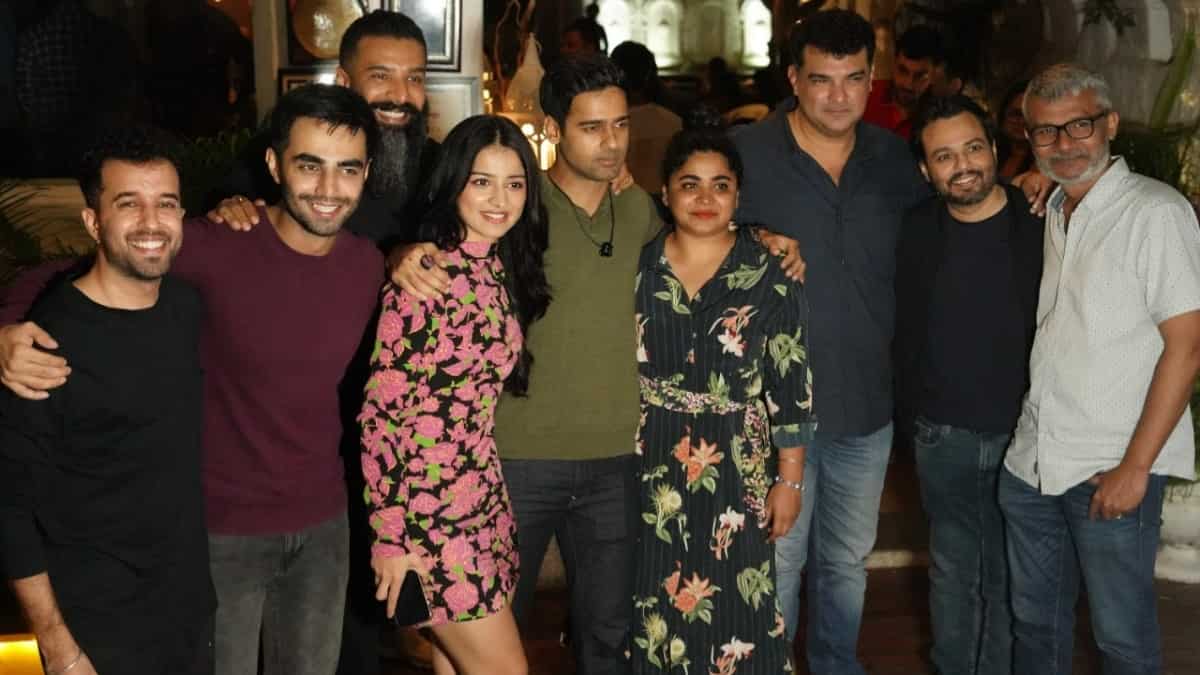 We know it is going to be a fun ride when filmmakers Siddharth Roy Kapur and Nitesh Tiwari come together for an outing. And this association between the two has resulted in Bas Karo Aunty, an adult comedy starring Mahima Makwana and Ishwak Singh.

Makwana, who was last seen in Salman Khan’s Antim: The Final Truth, shared a few snaps from the event on her social media accounts.

She captioned the post with an emotional message, saying that she got to work with a bunch of people who were not only “talented” but also exuded “good energy”.

“Thank you for the warmth, laughs, and acceptance!” she ended the note.

The film is produced by Ronnie Screwvala and Siddharth Roy Kapur and is supported by filmmakers Nitesh Tiwari and Ashwini Iyer Tiwari.

On the other hand, Siddharth Roy Kapur’s RSVP has produced Taapsee Pannu’s Rashmi Rocket, which was released in 2021. The production house’s other recent works include Priyanka Chopra Jonas and Farhan Akhtar’s The Sky Is Pink, and Uri: The Surgical Strike, featuring Vicky Kaushal, Yami Gautam Dhar, Paresh Rawal, Kirti Kulhari, and Mohit Raina.