When TMA Games’ Waves of Steel was released back in July 2021, it was quickly met with positive reviews with players especially focusing on the build-your-own warship system and the imaginative enemies that await in-game. The title has received further updates ever since, keeping players engrossed in it.

I recently had the opportunity to engage with Chris Weisiger, founder of TMA Games, regarding Waves of Steel. He spoke at length about the developmental journey, inspiration, future, and more of the title.

For the curious, this is what the time accounting looks like to make a boss fight in Waves of Steel:
– Model: 1-2 days
– Code: 5-10 days
– Mission scripting/gameplay: 2 days
– Cinematics (intro and death): 4 days
This is about 2x faster than when I started out. 1/3
#indiedev

Q: As an introduction, will you please share a little about what Waves of Steel is for our readers?

Chris: I like to describe Waves of Steel as being a game for people who like warships, but wish they could do a kickflip. It’s all about building ridiculous custom warships, and then taking on equally ridiculous enemies with them in arcade naval combat.

You have big ships firing big guns at each other, but the ships are fast and nimble, and everything is over the top. In one mission, you might take out 50 or more enemy ships in five minutes, all by yourself. In another, you’re fighting a gigantic flying battleship, or a gun made out of a volcano.

In each mission, you unlock new technologies, new guns, engines, ship hulls, and special powers (like the aforementioned kickflip), and you can use them to build a new ship to take on the next mission.

Q: With Waves of Steel, the notion of build-your-own-warship especially caught my eye. What was the thought process that led to the game being born?

Chris: I wanted to make a game where it was easy to make vehicles that worked well and looked good, but you still felt like the ship you made was your ship. I’ve found that a lot of customization in games falls into one of the two extremes.

Either you’re responsible for building the entire ship yourself from tiny building blocks, or else you’re handed a premade ship and are only allowed to customize it in very small, basic ways. The first is a ton of work, and the second is often unsatisfying, so I wanted to find a middle ground.

I made a designer where you work only with prefabricated ship hulls and parts, but you have a lot of freedom in how everything fits together. The only rules are that the part has to physically fit where you want it to go without overlapping other parts, and it can’t put the ship over its weight limit. Aside from that, you can do whatever you want!

The result is that you can put together a new ship in only a few minutes, and it’ll sail well and look good. Or you can spend a lot of time being picky with your aesthetics and trying to wring out every last bit of performance you can. And if you really want to get detail-oriented, the game is moddable and people have made a lot of wholly custom ships and parts in the workshop.

Q: What are the inspirations and influences behind the game, its choice of letting players design their own battleships and arcade system?

Chris: My primary inspiration is a Playstation 2 game from 2006 called “Warship Gunner 2.” This will be obvious to anyone who has played that game, because my game’s ship designer and combat controls are both heavily inspired by it. However, I’ve also pulled inspiration from plenty of other sources.

Waves of Steel is the first naval combat game I know of that incorporates what amounts to a dodge roll, for example. One of the bosses and a couple of the levels are inspired by classic scrolling shoot-em’-up games like Gradius and 19XX – they’re a great source for the over-the-top superweapons and fast-paced action that I want.

I also based some weapon and enemy design on ideas found in the anime shows Gundam and Macross. I did a lot of research on military history, especially on projects that never made it past the early design phase.

Stealth is never an option in Waves of Steel, so you should feel free to blast this thing at any and every opportunity.

There’s a giant airplane in the game that paradrops ships on you; it’s based on the Lockheed CL-1201, which was a real plan for a nuclear-powered flying aircraft carrier. It never made it past the design phase (for very good reasons), but in video games that’s a trivial problem.

In fact, most of the airplanes in Waves of Steel are weird designs that never make it in real life, such as rocket-powered interceptors, “pogo” VTOL planes, flying wings, and most notably a flying tank, the Antonov A-40.

Of course, in real life the plan for that thing was that it would glide into battle, take off the wings, then carry on operations on the ground. It couldn’t even fire its cannon in the air! Naturally, I fixed that for Waves of Steel.

Finally, I was also inspired by both classic science fiction and mythology. The antagonists in the game’s campaign are “Jörmungandr,” after the Norse mythological serpent that is wrapped around the world.

There’s a mission where you fight tripods from Orson Welles’ War of the Worlds, complete with their heat rays and black smoke. Several bosses and missions take their names from mythological sources.

It’s never something where you’ll feel like you’re missing out if you don’t get the reference, but if you do, it’s a fun little Easter egg.

Chris: My favorite moment in recent memory is when I was working on a new mission that featured enemy ships being dropped out of orbit. I saw this giant shadow from an aircraft carrier pass across the ocean, as the carrier itself zoomed towards the waves, surrounded by streaks of fire, and the sheer absurdity of it made me just absolutely lose it.

I was laughing so hard I could barely stand up. Another fun one was when I was first implementing aircraft. I made an airbase, and it could launch planes that would go drop bombs on the player.

But I forgot to put any limit or cooldown on the airbase, so it would make a new plane every single frame. And the planes had no randomness in their behavior, so they made a perfectly smooth conga line of bombers, stretching all the way from the airbase to my ship’s position. It didn’t take long for that ship to be sunk by all the bombs.

On a more serious note, something I would be remiss if I didn’t mention is the importance of making sure your game is as accessible as possible. I did my best to make Waves of Steel “couch friendly,” which means that the UI is big, you can play with a gamepad, and the visuals are designed for high contrast.

I have players with substantially reduced vision, who play the game using a screen magnifier, and they’re still able to have a good time. I also put a lot of work into making sure that the game’s visuals would be safe for epileptics. It’s very easy to make big, “punchy” special effects that will deliver a metaphorical punch to any epileptic.

One little things about Waves of Steel: it recolors projectiles based on their relative power compared to *other guns on the map*. Big shots are red, shading towards purple, while weaker ones are more yellow and pale. 1/2
#indiedev #indiegames

Flashing lights and fast-moving effects have a big “wow” factor, but they’re also legitimately dangerous. A lot of games don’t try to address this; they just put up a warning at the start saying “this game may include flashing lights” or something similar, which isn’t very helpful.

I’m fortunate in that one of my playtesters is epileptic, so I’ve been able to run my visuals past them and make sure they’re as safe as possible before anyone else sees them. In every case, I’ve been able to adjust the visuals to be safe without sacrificing the experience for regular players. I’m very grateful to that playtester.

Q: How has the player response been to Waves of Steel? What have you learned from the game’s time in Early Access?

Chris: It’s been a really validating experience. Most people like the game and they’ve given tons of feedback! I’m 100% confident that if I had tried to finish the game with only limited playtesting by people in my social network, it wouldn’t be anywhere near as good.

The consistent feedback is that they want more. Not just more content to play through, but more ships, bigger fights, fancier bosses, and weirder super powers. I was pretty timid about what I was willing to put into the game early on, and thanks to their feedback, I’ve gotten a lot more bold as the game has progressed.

For example, early on, I introduced a “ram” superpower, which pushes your ship forward and causes it to damage anything that it touches. People liked that so much that I added a bunch of melee weapons to Waves of Steel, like a giant sawblade and a drill that goes on the prow of the ship.

Q: Recently, the summer content was released for Waves of Steel. What do you have in store for the game in the future?

Chris: Of course, I need to finish the campaign. I’m currently buried neck-deep in the last three missions, which are all enormous, complicated set pieces with big climactic events and important story beats. Once they’re done, though, I want to work on some bonus content.

Waves of Steel already has a few non-canon missions; there’s a Halloween one where you fight ghost ships, for example, and a race course with a rocket-powered speedboat. They’re a lot of fun to make, so I’d like to add more. I’m also exploring options to make the game available to more people.

The two big potential options there are are console ports and translating Waves of Steel into Japanese. Warship Gunner 2, the game I mentioned earlier, is part of a long-running Japanese game series, and I’d really like to give back to the Japanese players that made it possible for me to experience their games. 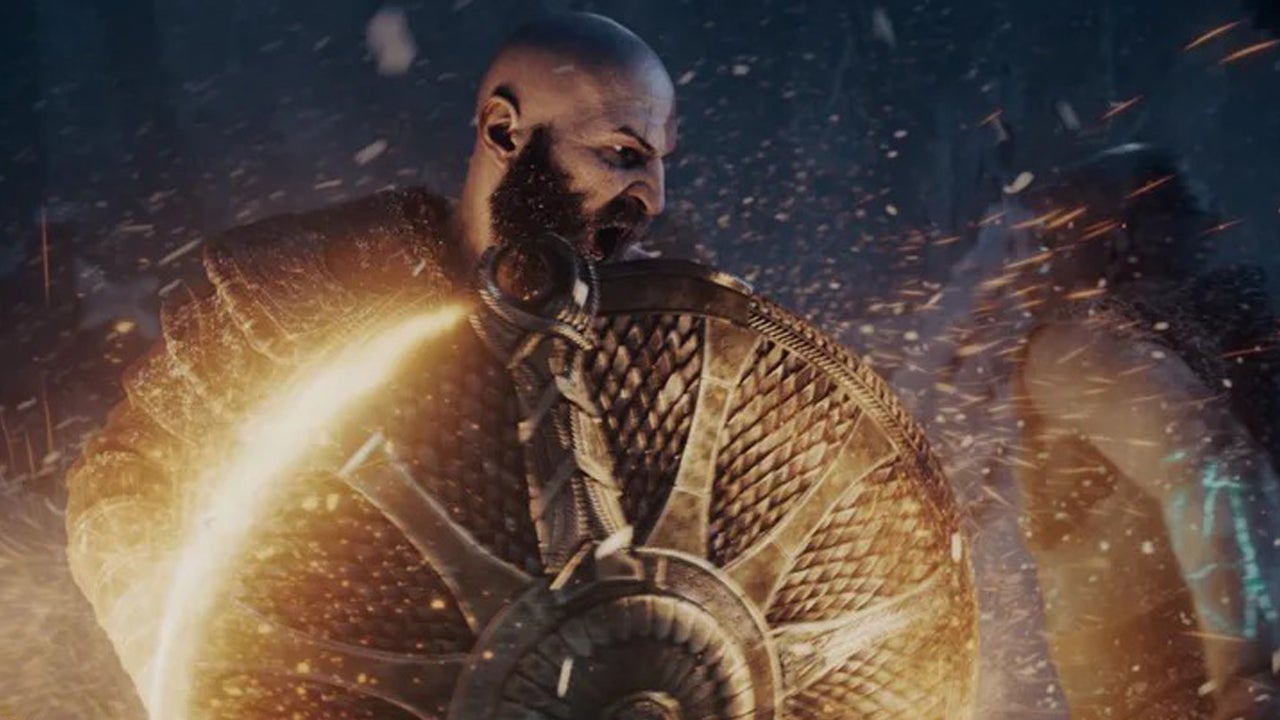 God of War: Ragnarok Is Adding Even More Attacks Through an Underused Button – IGN 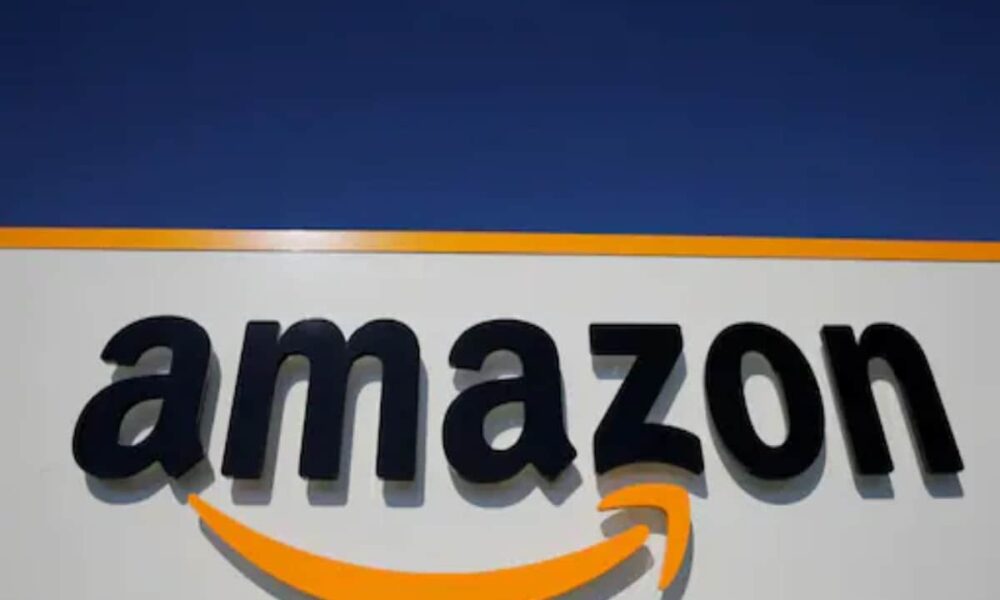 The quiz has been posted on the Amazon app, know what are today’s questions and their answers – – News84Media.com