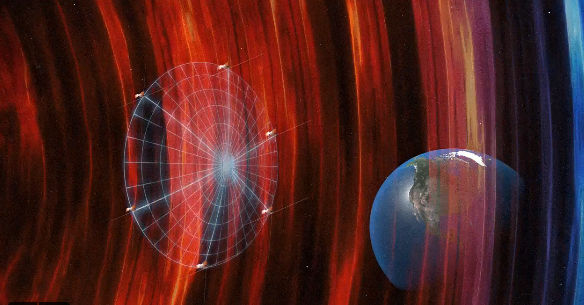 NASA’s mission to understand explosive and hazardous space weather events has been delayed from July 2023 to 2024. Named SunRISE, the mission involves launching six toaster-sized satellites, that will jointly form the largest radio telescope ever launched to detect bursts of radio waves from the Sun’s atmosphere.

NASA says that these bursts emanating from the Sun generate particle radiation that can jeopardise astronauts and technology in space while also negatively impacting communications and power grids on Earth.

Six toaster-size satellites will work together to form the largest radio telescope ever launched. SunRISE, the Sun Radio Interferometer Space Experiment, is an upcoming @NASA mission aimed at detecting bursts of radio waves from the Sun’s atmosphere. https://t.co/yuyylc5KRn pic.twitter.com/Fa1QMWPXHz

More about the mission objectives

Currently planned for a 2024 launch, the mission stands for Sun Radio Interferometer Space Experiment and is being developed by the Utah State University Space Dynamics Laboratory (SDL). In March 2020, NASA announced to have awarded a $62.6 million contract to SDL to design, build and launch SunRISE.

(Illustration showing an array of six SunRISE satellites in a sea of radio bursts (in red); Image: NASA/JPL)

The SunRISE mission relies on six small satellites, each of which would act as a single antenna to detect bursts of radio waves from the Sun’s superheated atmosphere, known as the corona. All the satellites would be equipped with telescoping antenna booms that extend about 10 feet (2.5 meters) and they would form a large ‘X’ about 36,000 kilometers away from our planet and ten kilometres away from each other. All this would happen while these satellites orbit the Earth and form a massive virtual radio telescope.

These satellites would then beam the collected data to NASA’s Deep Space Network, a network of three giant radio antennas in California, the US, Madrid in Spain and in Australia’s Canberra. The Sun’s corona is considered a hotbed of activity, from where the solar flares and coronal mass ejections (CMEs) erupt which, in turn, accelerate energetic particles, thus creating a hazard for human activities throughout the solar system.

With SunRISE, scientists would aim to pinpoint the locations of solar radio bursts and illustrate how an early warning of incoming solar energetic particle events could be used to our advantage. “These high-energy solar particles can jeopardise unprotected astronauts and technology. By tracking the radio bursts associated with these events, we can be better prepared and informed”, Justin Kasper, SunRISE principal investigator at the University of Michigan said in an official statement.