Last month, the Perseverance rover on Mars spotted a mysterious tangle of noodle-like material. Now, NASA believes they’ve identified the object — and it’s a piece of the rover’s own trash.

In a new blog, the space agency said that it suspects the debris is a piece of shredded Dacron netting from the entry, descent, and landing gear that landed Perseverance on the Martian surface.

According to NASA, Dacron is a polyester fiber used as netting in thermal blankets to regulate equipment temperature. The Perseverance team noted that the ball of netting was shredded and tangled, “suggesting that it was subjected to strong forces.”

While the ball of netting is likely harmless, there are concerns about leaving debris behind on the Martian surface. “Perseverance team members are reviewing images of the debris, checking to see if the material may pose as a potential contamination source for the sample tubes from this area,” according to NASA.

Tasked with searching for signs of ancient life, Perseverance landed on Mars on February 18, 2021, after a 300-million-mile journey that took seven months. When the rover landed on the red planet, its entry, descent, and landing hardware flew off to crash a safe distance away, scattering debris across the Martian surface.

“It should be noted that discarded debris are common in space missions,” Justin Maki, a NASA scientist, wrote in the blog.

It’s not the first time NASA has shared images of the diverse debris scattered by Perseverance’s 2021 landing. In April, the 4-pound Ingenuity chopper, the first aircraft to take flight on another world, located and captured photos of the wreckage of a dust-covered, orange-and-white parachute and a backshell — or the protective cover, which stored the chute — from 26 feet in the air. The pictures were taken on the one-year anniversary of Ingenuity’s first foray into Martian skies on April 19, 2021.

Since both pieces of hardware worked as expected, researchers said they hoped to study them to plan future space missions.

“Perseverance had the best-documented Mars landing in history, with cameras showing everything from parachute inflation to touchdown,” Ian Clark, a former Perseverance systems engineer, who now leads the effort to haul Martian samples back to Earth at NASA’s Jet Propulsion Laboratory in Southern California, said in a statement in April.

“If they either reinforce that our systems worked as we think they worked or provide even one dataset of engineering information we can use for Mars Sample Return planning, it will be amazing. And if not, the pictures are still phenomenal and inspiring,” Clark said. 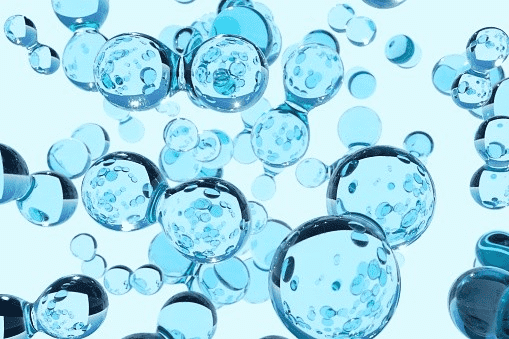