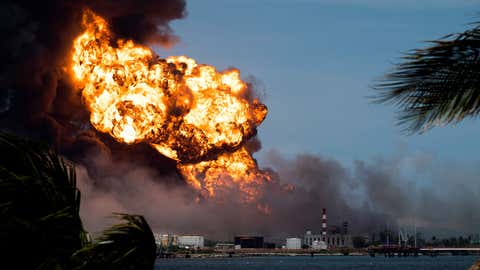 A deadly fire continued to spread Monday after lightning struck an oil storage facility in western Cuba. At least one person has died in the incident.

The Associated Press reported that 125 people are injured and 14 firefighters are reported missing. About 5,000 people have been evacuated from the area.

Photos show dark smoke rising from the flames in Matanzas, Cuba. The fire began Friday night after lightning struck one of the facility’s eight storage tanks. By Monday night, four tanks were compromised and the fire continued to grow, according to Lt. Col. Chief Alexander Ávalos of Cuba’s fire department.

Crude oil has spilled into surrounding areas, and the explosions have been visible from several parts of the island, including more than 60 miles away in Havana.

Local officials urged residents to wear face masks when traveling outdoors or to stay inside to try to avoid smoke inhalation. According to officials, the smoke contains sulfur dioxide, nitrogen oxide and carbon monoxide as well as other dangerous substances. Most of the injuries were due to burns and smoke inhalation.

Over the weekend the body of a firefighter was found, but the search for other missing firefighters remained impossible due to the extreme temperatures, Matanzas Gov. Mario Sabinesand Cuban President Miguel Díaz-Canel said.

Firefighters were aided by special teams from Mexico and Venezuela in battling the blaze with water cannons, planes and helicopters, but their efforts failed to stop the spread of the flames.

The oil facility plays a key role in Cuba’s electrical system, and the fire compounds the frequent power outages the island has faced due to this summer’s sweltering temperatures. The Miami Herald reported that decaying electrical equipment and infrastructure, lack of maintenance and reliance on Venezuelan oil are also to blame for the country’s energy crisis.

Click through the photos in the slideshow above and check back for updates.

The Weather Company’s primary journalistic mission is to report on breaking weather news, the environment and the importance of science to our lives. This story does not necessarily represent the position of our parent company, IBM. 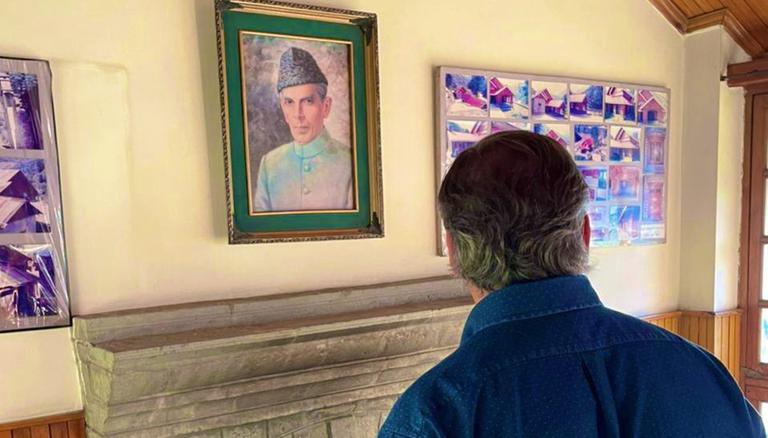 A guide to breast cancer in younger women – Channel NewsAsia