Even beyond his special avatar, you can divide his recent filmography into two broad parts: patriotism and feminism. The intent of his latest release is evident from its title, Raksha Bandhan. It’s a movie so masterfully incompetent that if it ran a 100m sprint alone, it would still come second. I’m wondering where should I start from?

You know what, I’ll start from the start. (Why should I suffer alone?)

Lala Kedarnath (Kumar), the owner of a chaat shop in Chandni Chowk, is famous for selling a special kind of golgappa: If a pregnant woman eats it, she’ll give birth to a boy. Numerous women line up in front of his shop. Lala has just one mission, sorry obsession, in his life – getting his four sisters married – and he thinks about it all the time. Filmmaker Aanand L. Rai takes an idea and keeps hammering it till the hammer starts to beg for a break. And that ‘idea’ envelops everyone. The people of Chandni Chowk? All sexists. How many of them are okay with dowry? All of them. What do they talk about? Marriage – all of them, all the time. These characters are so poorly conceived that the Cliff Notes of their lives would barely reach a sentence. Lala’s would probably read the following: “sexist, idiotic, condescending (lol)”.

The movie provides a ‘succinct’ description of the three sisters: fat, black, angsty – also “daayan” and “chudail”. The prettiest among them, unsurprisingly, is “sabse honhaar”. Every scene, yes every scene, is dialled up to such a deafening level that the film leaves a sea of dead knobs. A remarkably incompetent and smug director, Rai thinks he’s stumbled onto a formula: offensive yet ‘funny’ but ultimately progressive (so – back off – don’t dare judge it). He doesn’t seem to be making a film as much as trying to provoke – trying to pinch the ‘woke’ crowd – thinking the climactic detour will absolve him. But here’s the thing: His movies have had a Proud Incel Energy for such a long time that, in Raksha Bandhan, he finally exposes himself.

Nearly no gag reveals character or advances the story – they are piled on just for the heck of it – and the only character they reveal is Rai’s. They’re not even funny. Here’s a (very) small sample: A suitor’s uncle discusses dowry rate on the phone and Lala keeps upping the amount, making the whole thing resemble an auction. An obese woman is called an “undertaker”. Fat shaming is this film’s obsession: A matchmaker, Shaanu (Seema Pahwa), tells a sister of Lala that, to be considered fit for marriage, she’d have to become “Sunny Leone” from “Sunny Deol”.

Many bits make no sense at all. When Shaanu asks Lala what he’s doing in the evening, wanting to meet him to discuss his sisters’ weddings, he thinks she’s asking him out. There’s a long stretch where Lala makes fun of a guy who stammers. When a man teases Lala’s sister, he beats him, then takes a loudspeaker and declares, “Every eve teaser will have to marry the woman he harasses.”

The whole movie has a yucky vibe of the ’80s Mithun dramas. Lala has promised his mother that he won’t get married before his sisters. It has music by Himesh Reshammiya, featuring abrupt forgettable songs. It’s the kind of film that considers a man wearing a burqa, talking like a woman, funny. For all its anti-dowry posturing – including a long sermon in the climax – the movie barely gives any agency to its female characters. The four sisters are present throughout the film, but we’ve no idea who they are, what they want to be. Even Lala’s childhood love, Sapna (Bhumi Pednekar), orbits around the men in her life. First Lala, begging him to marry her; then her father who, pissed off with Lala’s refusal, parades her in front of a series of suitors. Neither Sapna nor the sisters protest Lala’s weird fixation.

But even if Raksha Bandhan weren’t clueless about its gender politics, it’d have still been unbearable, because nearly nothing in it makes sense. It has weird leaps of logic: Lala is struggling to cough up money for his sisters’ dowry but, when he wants to impress Shaanu, he goes to a showroom and gets a car for her. Its climactic twists are so insane – centered on how Lala managed the money and transformed – that you wonder whether this kind of screenwriting is even legal. When the film is sad, it is Oh So Sad: More than half-a-dozen characters cry non-stop for nearly 10 minutes.

Raksha Bandhan keeps getting progressively worse scene after scene. Let alone off-putting, it is lame, laboured, and simplistic; needy, under confident, and outlandish – it’s a mind-numbing experience, as if watching six bad films for the price of one. It is patronising even at its best. A pathetic public service announcement, it stretches itself to console, lift, and mollycoddle Lala. What’s the point of casting anyone except Kumar, you wonder? He looks so jaded here that you start getting tired after a point. But we’d have been fine with it. At least the film would have been honest. Kumar could have played the four sisters, his love interest, her father, his scooter, the golgappa, and, of course, the rakhis. It’d have made no difference: He’s been anyway playing the audiences for a really long time. 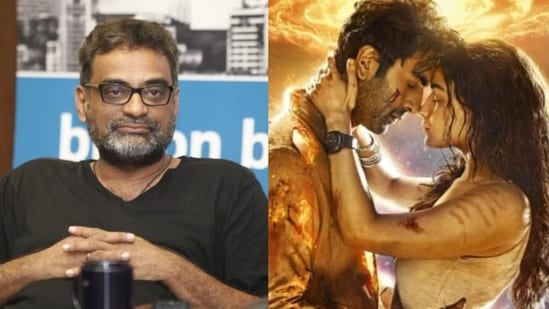