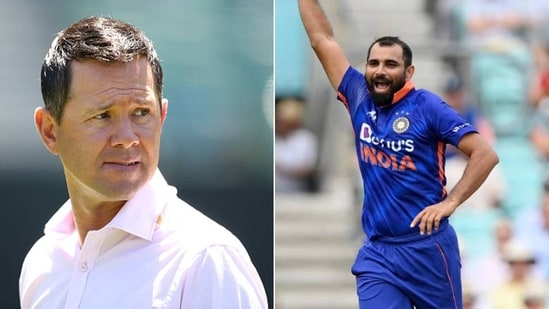 Despite missing every T20I assignment for India since the 2021 World Cup, experts and veterans backed veteran India pacer Mohammed Shami to make a return to the side for the impending Asia Cup tournament. And hence his omission was considered shocking for most. But not for Australia legend Ricky Ponting, who gave a rather blunt response on Shami’s future in the format and possibility of a return for the T20 World Cup later in October.

Shami last played for India in the T20I format against Namibia last November in the T20 World Cup in the UAE. India have since auditioned 11 fast bowlers with Bhuvneshwar Kumar making the most appearances but Shami was recalled for none.

Speaking to Sanjana Ganesan on The ICC Review, Ponting opined that while Shami has been an impressive bowler for India in the Test format, the squad has a better pool of talent to choose from when it comes to T20 cricket.

ALSO READ: ‘Babar will never have rough patch that long. Kohli gets stuck at times. It arises when…’: Pakistan’s WC-winning pacer

“He’s been a very, very good bowler for India for a long time now. If you look at his strengths, his Test cricket is probably where he thrives the most,” Ponting said.

“I think there are better fast bowlers in Indian T20 cricket than Shami and they’ve only named three (for the Asia Cup). So if there’s potentially four named in the squad he might be the fourth man in.

While Shami’s omission from Asia Cup tournament could be a sign that India might to want to take the pacer for the T20 World Cup as well with injured Jasprit Bumrah being the only addition, Ponting feels that probably the management might squeeze in Shami for Australian conditions.

“I would think they’ll probably only have the four quicks coming to Australia. They’ll still want to bring a lot of spin here even though the wickets are probably not that conducive,” he explained. 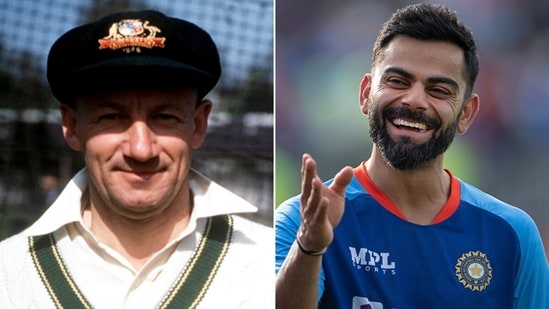 ‘I will give Virat Kohli the same advice Don Bradman did, that is ‘Go son…” – Hindustan Times