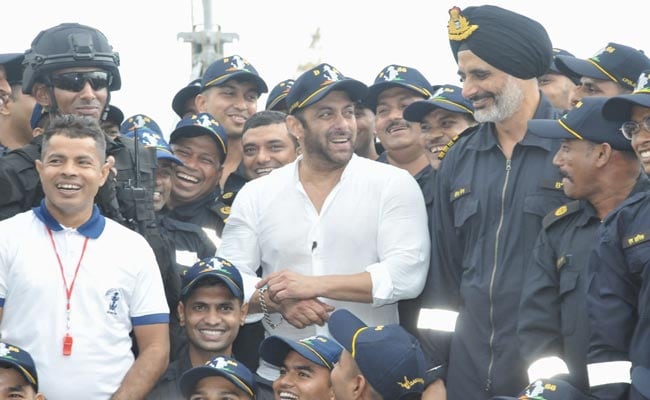 Salman Khan interacted with the sailors and also participated in group activitiesonboard the vessel.

Actor Salman Khan took a day off from his hectic schedule and spent time with with the Indian Navy sailors in Vishakhapatnam. The Bollywood star interacted with the sailors and also participated in group activities onboard the vessel.

A series of pictures of the ‘Ek Tha Tiger’ actor engaged in a number of activities – from cooking on the ship to doing one-hand push-up challenge, to signing autographs and hoisting the Indian flag – with the sailors inside the state-of-the-art destroyer has been widely shared on social media.

Waving the tri-colour joyously, Salman Khan had a fun time with the sailors. Independence Day is just around the corner this was the ‘Bhaijaan’s way of starting the celebrations!

The Indian Navy officials looked quite ecstatic to have him on board. They hoisted the Indian flag together with the actor and did quite a few other fun activities too.

Amongst the largest destroyers built in India, INS Visakhapatnam has an overall length of 164 metre and displacement of over 7,500 tonne.

INS Visakhapatnam also has medium and short-range guns, anti-submarine rockets, and advanced electronic warfare and communication suits. The ship can accommodate a crew of 312, abd has an endurance of 4,000 nautical miles and can carry out a typical 42 days mission with extended mission time in area of operation.

This is not the first time that ‘Ek Tha Tiger’ actor visited the Indian Navy. In 2014, Salman Khan spent Independence Day with the Naval officers in Goa.

Talking about his love for the armed forces, he even played the role of a naval officer in his movie ‘Bharat’ in which he starred opposite Katrina Kaif.

On the work front, Salman Khan will be next seen in Sajid Nadiadwala’s action comedy film ‘Kabhi Eid Kabhi Diwali’ alongside Pooja Hegde, Zaheer Iqbal and Bigg Boss contestant Shehnaaz Gill and Venkatesh Daggubati. Salman’s brother-in-law Aayush Sharma was also a part of the film. However, he reportedly walked out of the film.

Apart from that, he will be also seen in Yash Raj Film’s upcoming action thriller film ‘Tiger 3’ alongside Katrina Kaif.

Reportedly, Salman will be having a cameo in Shah Rukh Khan’s upcoming action film ‘Pathaan’, which is slated to release on January 25, 2023. 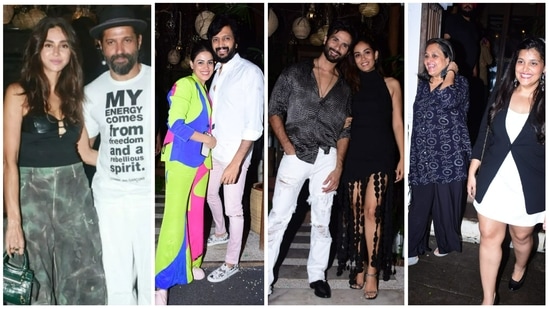