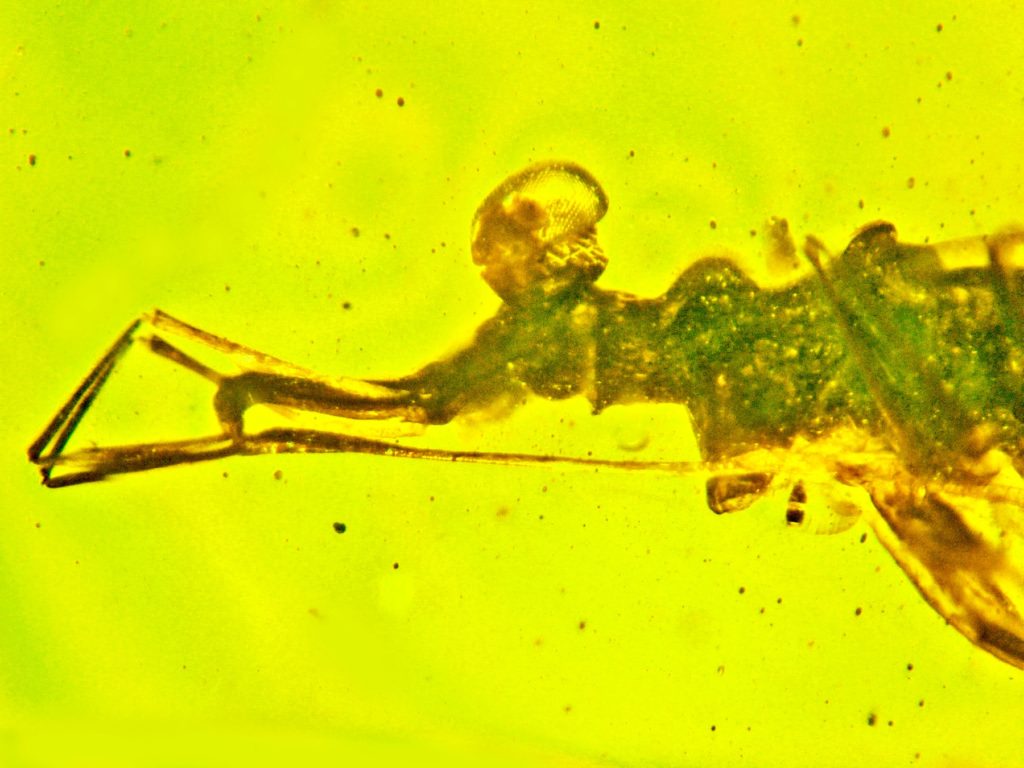 Scientists at Oregon State University have identified a fossil insect with bulging eyes, an elongated mouth, and feet that oozed resin. The fossil insect that scientists named Palaeotanyrhina exophthalma are unlike any insect that is alive today. It is so different that it needed to be placed in its own extinct family.

Scientists found the fossil encased in 100-million-year-old amber from Burma. It is a member of the Hemiptera order – a true bug.

George Poinar Jr., professor emeritus in the OSU College of Science, said, “It is a small predator that used its protruding eyes to locate insect prey.”

P. exophthalma has a body length of just over 5 millimeters. It shares some features with members of the Reduvoidea superfamily, which includes the assassin bug and the kissing bug. Still, its long labium (lower mouth), its head shape, and its forewing veins disqualify it from placement in any modern Reduvoidea family.

George Poinar Jr., professor emeritus in the OSU College of Science, said, “Its eyes provided a clear, 360-degree view of its habitat so it could see prey that might appear from any side. The other strange feature on this fossil is an extended sheath on the final leg segment of the front tarsus.”

“That sheath was filled with a resinous substance. The sticky substance was produced by dermal glands and helped the insect grasp potential prey.”