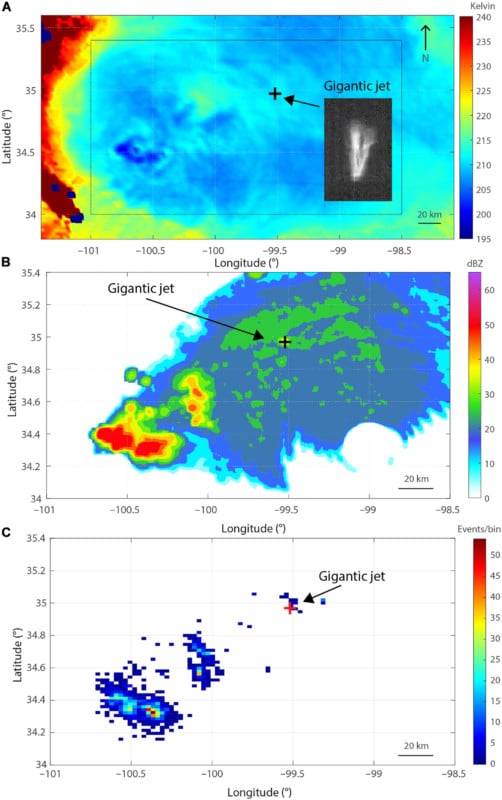 Thanks to new 3D radio and optical mapping, scientists have published more information on a phenomenon called a “gigantic jet,” which is a massive electrical discharge that exits the top of a thunderstorm and connects with the lower edge of space.

This phenomenon, which is not clearly visible from the ground, has been reported by pilots and astronauts over the years but is not often caught on camera. In 2017, an astronaut on board the International Space Station (ISS) managed to capture footage of the phenomenon that allowed scientists to gain a new perspective on the electrical activity that takes place on top of tropical thunderstorms.

While helpful, that footage was not nearly as interesting to scientists as a video clip captured by pilot Chris Holmes as he was flying over the Gulf of Mexico near the Yucatan Peninsula in 2019. Holmes’ clip is one of, if not the only, clips of a giant jet from this perspective.

“I was flying 35,000 feet over the Gulf of Mexico near the Yucatan Peninsula when a super cell started pulsing with light,” he told Space Weather at the time. “It wasn’t just ordinary lightning, though. The cell was also creating lots of sprites and jets leaping up from the thunderhead.”

But now scientists have captured new footage of a massive giant jet of lightning that originated above an Oklahoma thunderstorm and is one of the most powerful gigantic jets studied so far. It carried 100 times as much electrical charge as a standard thunderstorm lightning bolt, Phys reports.

The jet was captured on camera by a nearby citizen scientist armed with a low-light camera and while the footage isn’t as striking as the clip captured by Homes in 2019 — Holmes’ video is still used as the primary visual reference for the phenomenon — a new study published last week in Science Advances by lead author Levi Boggs says that it provided never-before-seen details about these massive atmospheric phenomenons.

“I was really intrigued because observations of gigantic jets are really rare—only a few per year if that,” Boggs tells Vice in an email.

“So I seize any chance to study them, because trying to capture them with dedicated field campaigns is very difficult. This was a random chance that I was told about this video, and luckily the event in the video was also observed by a ground-based radio mapping network and optical instruments in geostationary orbit.”

As explained in the study, occasionally lightning will exit the top of a thunderstorm and connect to the lower edge of space and form a gigantic jet of energy. But in addition to the massive electrical charge these jets emit, this particular giant jet perplexed Boggs because it did not take place where these jets are normally observed. Usually, giant jets occur in tropical environments and are located near parts of storms that are strongly convective, but this one took place in an area of weak convection, Vice explains.

“There was no lightning activity before the gigantic jet in the parent storm cell, which has never been the case from past observations,” Boggs says. “This allowed the parent storm to accumulate a significant amount of electric charge, which enabled the gigantic jet to transfer the largest amount of charge on record to the ionosphere (300 coulombs).”

While these jets have been observed and studied over the last two decades, there is no specific observation system in place for them and as a result detections are rare. But this time, Boggs and his colleagues got lucky.

Not only was this particular jet captured by a local citizen scientist, but it was also detected by a mapping system for very high frequency (VHF) radio signals sparked by lightning bolts, two Next Generation Weather Radar (NEXRAD) stations, and NOAA’s Geostationary Operational Environmental Satellite (GOES) network.

As a result, Boggs and his colleagues were able to access a huge amount of information about this particular giant jet that allowed them to learn a lot more about it and share it with the scientific community.

“The charge transfer is nearly double the previous largest by a gigantic jet and is comparable to the largest ever recorded for cloud-to-ground strokes,” the study explains.

While the study provides a significantly more detailed examination of giant jets, there are still a lot of unanswered questions, including a big one: why do these even take place to begin with?

“For whatever reason, there is usually a suppression of cloud-to-ground discharges,” Boggs tells Phys. “There is a buildup of negative charge, and then we think that the conditions in the storm top weaken the uppermost charge layer, which is usually positive. In the absence of the lightning discharges we normally see, the gigantic jet may relieve the buildup of excess negative charge in the cloud.”

Scientists will continue to research this strange phenomenon and hopefully be able to answer more questions about it in the future. 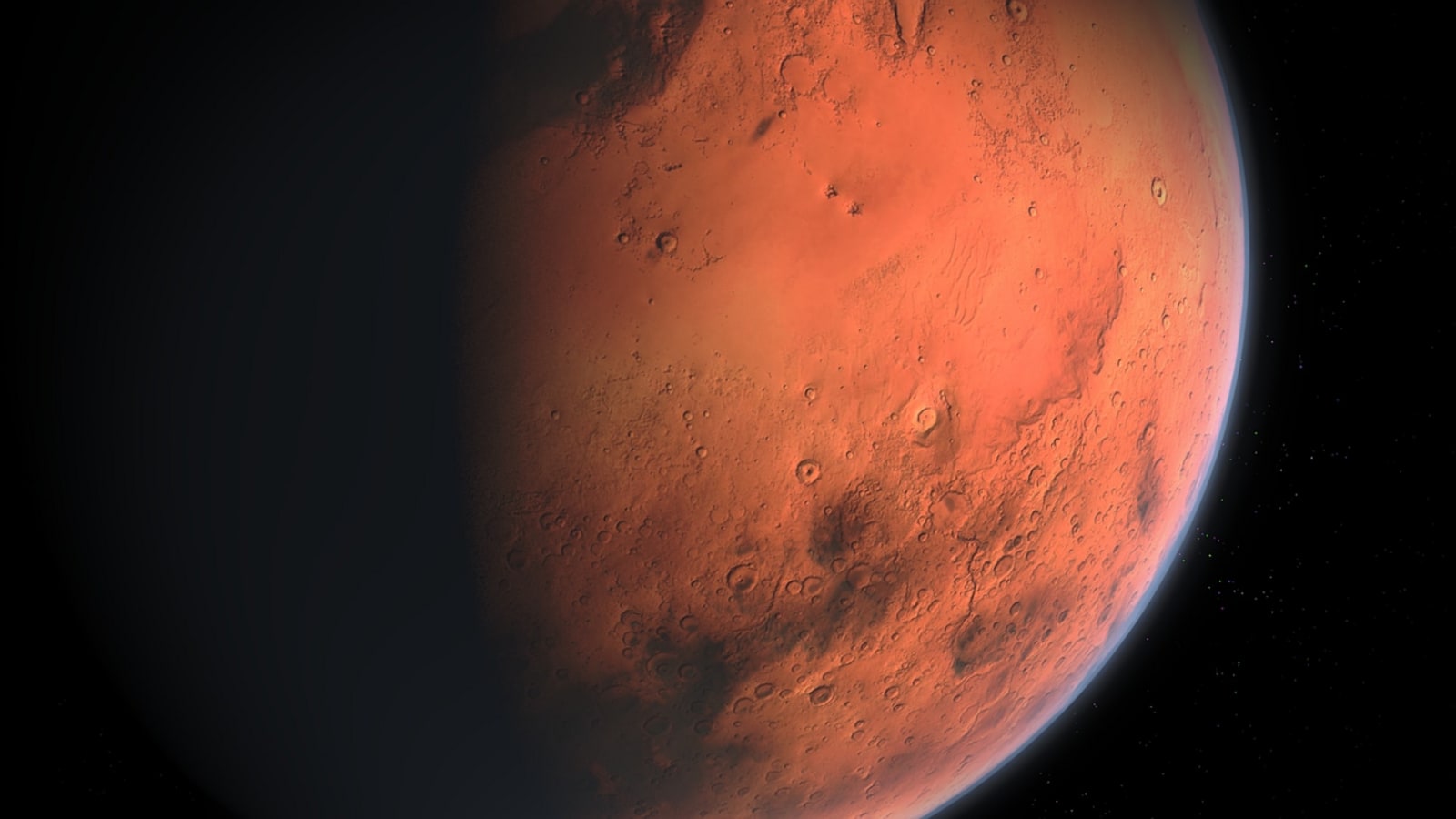