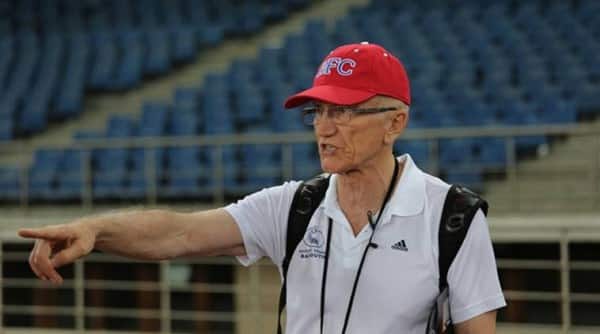 A day after winning a historic silver in the men’s 3000 metre steeplechase Avinash Sable was overcome with emotion when looking back at the first time he broke the national record in 2018. Sable took a few moments to pay tribute to someone special, the late distance coach Nikolai Snesarev, his mentor who made him shed his self-doubts.

Sable’s 8:29.80 set in Bhubaneshwar bettered the nearly four-decade old national mark in the name of Gopal Saini. But Sable’s mind was full of doubts even when he became the fastest steeplechase athlete in the country.

“I was not sure if I would get better. Because I ran 8:29 but I was not confident if I could do it again. So many athletes in India had run 8:35, 8:36 but after doing it once they could not repeat it,” Sable said before recalling the contribution of Snesarev, a Belrusian known to be a taskmaster.

In a shock to India’s top distance runners, current and past, Snesarev passed away last March. Snesarev had returned to the country to coach Sable for the Tokyo Olympics. He was found dead in his room at the National Institute of Sports in Patiala on March 5.

Avinash Sable (@avinash3000m) is a very reserved person and rarely displays any emotions in public. Here he’s choking up while talking about his former coach Nikolai Snesarev who passed away in March 2021. 🎥 @afiindia pic.twitter.com/J6Y3DNkvox

Sable and Snesarev were about to renew their coach-trainee partnership but it was short lived.

Snesarev had quit his India job in 2019, though he had a contract till the Tokyo Olympics, when Sable didn’t buy into his foreign-camp training plan in the Issyk-Kul region in Kyrgyzstan. Sable decided to continue to train with army coach Amrish Kumar in India ahead of the Tokyo Olympics.

But Snesarev has a special place in Sable’s heart and he has acknowledged his contribution, at the time of his death and after winning silver at the CWG.

“I will never forget what Nikolai coach did for me. In my life I will have many coaches and each one has their positives. But there are things in life which you cannot forget. Nikolai helped me change my thought process by saying ‘Avinash we can do this’. I never thought I could do all this. I sometimes feel like crying because I have not seen such an honest coach. I feel very bad. His death was a very tough time for me. After that I was disturbed a lot,” Sable said earlier this week.

A couple of weeks after Snesarev passed away, Sable broke the national record again at the Federation Cup in Patiala.

Sable had posted an Instagram tribute to Snesarev back then. “Your void in my sporting life can never be filled. Sir for two years I was away from you but I have followed every rule of yours. I am doing the same things in practice, which you have taught me. I keep remembering one thing that you had told me. ‘I am 72 years old, but for you Avinash I am willing to take a risk’. Sir I did not know that we would be together again only for a few days,” Sable had posted.

Producing record breakers and medal winners is what made Snesarev, 72 when he died, a respected coach among athletes and officials in India.

Snesarev first came to India as a coach in 2005. Five years later Preeja Sreedharan and Kavita Raut won gold and silver respectively in the 10,000 metres and Sudha Singh took the steeplechase gold at the Guangzhou Asian Games. At the 2016 Rio Olympics, Lalitha Babar, also trained by Snesarev, reached the final of the steeplechase, a first for an Indian track athlete since PT Usha 32 years earlier.

Snesarev’s athletes were not allowed to take diet supplements and he cooked healthy meals for them. (File)

Snesarev was willing to train only those athletes ready to follow his strict training regimen. He laid down a strict list of ‘don’ts’.

At competition venues, his athletes followed him in and out of a stadium like he was an army commander. They didn’t even dare to talk to each other in whispers.

Snesarev’s athletes stuck to a boiled-vegetable-and-chicken-soup diet, they fasted till dinner on their weekly off from training. Like a parent rationing mobile phone usage of a child, Snesarev kept a close watch on screen time. One or two phone calls a week were all they were allowed.

He was even worried about the quality of air they breathe. Lighting of licence sticks were discouraged because the fumes could affect recovery. His athletes were not allowed to take diet supplements and he cooked healthy meals for them.

Kavita Raut, the 10,000 metre bronze winner of the 2010 Commonwealth Games, recalled how Snesarev’s word was final. On the day Snesarev had died, Kavita had narrated about the coach’s ‘waste no time’ policy.

Raut had to immediately turn her focus to improving the colour of her medal at the Asian Games a few months later.

“After I won bronze in the 10,000 metres at the Commonwealth Games in Delhi, he didn’t allow me to leave the camp. I was being invited for many felicitation functions. One organiser was even ready to fly me up and down in a helicopter. But Nikolai sir said ‘nothing doing’. He told me ‘this is not the time to celebrate this medal because if you do, you will lose focus and time’. A few months later, I won a silver at the Asian Games. Every single medal I have achieved from 2006 to 2014 is because of him. Without his coaching and care, there would be no success for me,” Raut had said.

Snesarev wore many hats and was a coach, nutritionist, life coach all rolled into one. Every meal of the athletes was monitored by him. “He would not allow us to even have a recovery drink after a training session. He wanted us to consume only things that were natural. So he would mix lemon juice, a little honey and warm water and give it to us. He would taste it first and then give it to us,” Raut recalled.

Athletes Snesarev trained had to get used to aches and pains because any sort of painkillers were banned. “He felt if we took any sort of medication, it would slow down our recovery. He wanted us to consume natural substances. Everything we ate had to be made in front of him or after being cleared by him. Boiled fish, boiled chicken without any spices and only boiled vegetables, and a soup is what he made us eat every day. It was not easy to train under him, but it was rewarding,” Raut said.

In a recent media interaction before the World Championships, Sable spoke about how he was reluctant to travel abroad for training though Snesarev had everything planned. Sable was based in Colorado Springs before the World Championships and credited training and running with some of the best athletes in the world for his increased self belief. Snesarev knew Sable had the talent. Confidence was what Snesarev wanted to instill in him a few years ago.

“Nobody worked as hard as him (Snesarev) as a coach. He had lots of plans. He had planned an outside camp (foreign camp). But I made a big mistake by not going outside. I didn’t take any risk. He got angry and he didn’t come back,” Sable said. 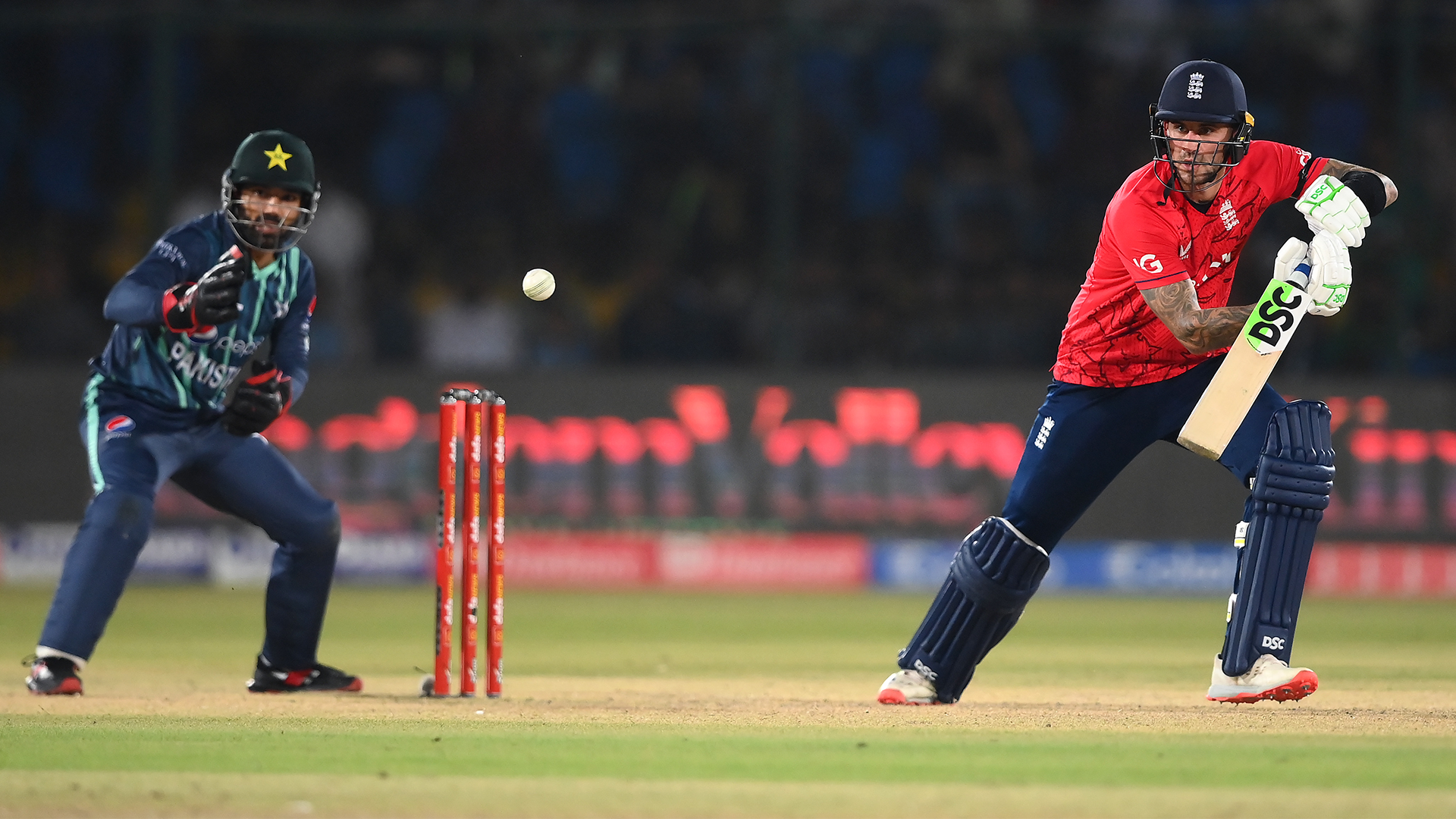 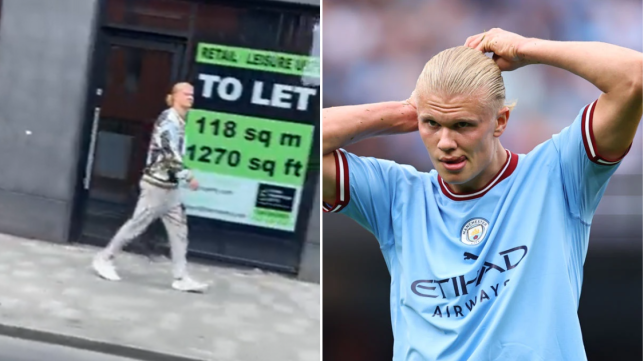