It is by now well-established that a balanced diet high in fibre can reduce your risk of chronic diseases later in life. Especially when it comes to cancers of the digestive tract, it is widely advised that processed foods and those low on fibre are a big no-no.

Now, researchers have discovered evidence that a diet of slightly unripe bananas may help prevent a certain hereditary type of cancer. A 20-year study has found that starch in unripe bananas can reduce the risk of some cancers by more than 60 per cent.
The study, led by experts at the Universities of Newcastle and Leeds and published in the journal Cancer Prevention Research, could have important implications in reducing cancers in the upper part of the gut, which doctors say can be hard to spot and diagnose.
This research began with a worldwide study of roughly 1,000 people with Lynch syndrome. Lynch syndrome sufferers inherit a defective copy of a gene that encodes for DNA repairing proteins; and as damage to DNA is a fundamental cause of cancer, people with Lynch syndrome are more likely to be diagnosed with certain cancers, like colorectal, stomach, ovarian, pancreatic, prostate, and uterine cancer.

Now, researchers offer them hope: It is found that eating oats, cereals, pasta, rice, peas and beans, and even slightly unripe bananas can prevent cancer in these individuals.

And what is the common factor here?

John Mathers, one of the authors of the paper, told Inverse that there was already evidence resistant starch could have biological effects that might be protective against cancer.

Some 1,000 patients with Lynch syndrome – an inherited disorder which increases the risk of cancer, particularly in the large intestine and rectum – took the Resistant Starch dose for an average of two years.

The study revealed that while the starch didn’t affect cancers in the bowel, it did reduce the incidence of cancers in other parts of the body by more than half.

It had a particular effect on cancers of the upper gastrointestinal (GI) tract, including oesophageal, gastric, biliary tract, pancreatic and duodenal cancers.

“We found that resistant starch reduces a range of cancers by over 60 per cent. The effect was most obvious in the upper part of the gut,” John Mathers, a professor of human nutrition at Newcastle University, said in a statement.

“The dose used in the trial is equivalent to eating a daily banana: before they become too ripe and soft, the starch in bananas resists breakdown and reaches the bowel where it can change the type of bacteria that live there”.

In the body, resistant starch acts very similarly to some types of fibre. Our bodies, especially the gut zone, is the habitat for billions of bacteria. When that microbiome is happy, it leaves us healthy. Scientists believe that since digestive bacteria play a crucial role in overall health, it is important to find ways to feed and keep them healthy.

Resistant starch is a type of carbohydrate that, unlike most carbohydrates, doesn’t get digested in the small intestine – and – instead, ferments in the large intestine, thus feeding healthy gut bacteria.

How does the unripe banana help?

The main nutrient in bananas is carbs, but the carb composition changes drastically during ripening. Unripe bananas contain high amounts of starch, and some of that starch is resistant starch.

Not the ripe, yellowed variety of bananas:

Because the starch in a banana is converted to sugar during ripening, yellow bananas contain much less resistant starch than green ones.

It is the slightly green, slightly unripe variety that helps:

The indigestible carbohydrate (resistant starch) from the unripe bananas escapes digestion – then reaches the colon undigested, where it feeds friendly gut bacteria. When the bacteria digest resistant starches, they form gases and short-chain fatty acids (SCFA) – 95 per cent of which are then rapidly absorbed by the cells in the colon and used to provide calories later.

Therefore, green and yellow bananas may provide similar amounts of calories in the end.

Professor Mathers said he and his colleagues think that resistant starch may reduce cancer development by lowering the quantity of bile acids in the gut that is known to damage DNA and eventually causes cancer.

Professor Tim Bishop, Leeds’ School of Medicine, said: “The results are exciting but the magnitude of the protective effect in the upper GI tract was unexpected so further research is required to replicate these findings.”

Previous research published as part of the same trial revealed that aspirin reduced the risk of cancer of the large bowel by 50 per cent.

Disclaimer: Tips and suggestions mentioned in the article are for general information purposes only and should not be construed as professional medical advice. Always consult your doctor or a dietician before starting any fitness programme or making any changes to your diet. 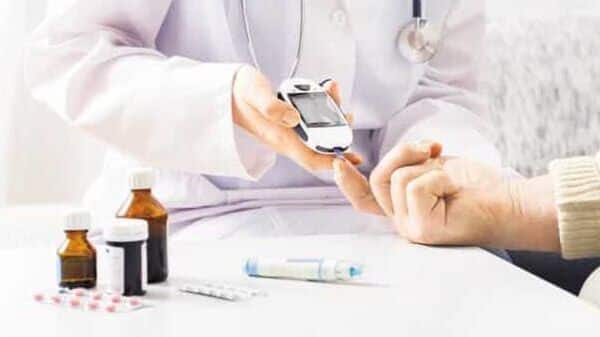 What are the causes of autoimmunity in Type 1 Diabetes patients? Study explains | Mint – Mint