For residents of the Norwegian archipelago of Svalbard, the United States’ recent success in clinching a major piece of climate change legislation may feel like too little, too late.

Over the past 40 years, as the world’s largest historical emitter of greenhouses gases repeatedly failed to take significant action on the climate, the region surrounding Svalbard has warmed at least four times faster than the global average, according to significant research published Thursday.

The study suggests that warming in the Arctic is happening at a much faster rate than many scientists had expected. And while U.S. lawmakers this summer hashed out the details of a massive bill to speed their nation’s shift toward cleaner energy — the culmination of months of deliberations — the new findings were just the latest visceral reminder that the planet’s changing climate isn’t waiting around for human action.

Recent studies on subjects including tree mortality in North America and evidence of weakening ice-shelves in Antarctica, combined with a stream of extreme weather events that include last month’s European heat wave and torrential floods of late in Kentucky and South Korea, are providing steady evidence of global warming’s intensifying impact on the planet.

The Arctic is where some of the shifts are most severe.

Svalbard, a cluster of Arctic islands famed for populations of polar bears, experienced its hottest June on record. A record 40 billion tons of ice from the archipelago had melted into the ocean by the end of July. Melting permafrost and unstable mountain slopes are threatening homes.

And that’s just a sampling from a region that has warmed at an astounding rate — roughly 3 degrees Celsius (5.4 degrees Fahrenheit) since 1979.

“It’s a really vulnerable environment in the Arctic, and seeing these numbers, it’s worrying,” said Antti Lipponen, a scientist with the Finnish Meteorological Institute who contributed to Thursday’s peer-reviewed study published in Communications Earth & Environment.

The study provides sobering context for this week’s expected passage by the House of Representatives of the Inflation Reduction Act. Experts say it is a landmark piece of legislation that will drive down U.S. emissions of greenhouse gases by incentivizing the purchase of electric vehicles and energy-efficient appliances, and a quickening pace of renewable-energy installations. Recent estimates suggest that the bill could lower U.S. greenhouse gas emissions by as much as a billion tons per year by the end of 2030.

Sign up for the latest news about climate change, energy and the environment, delivered every Thursday

But that’s still tiny, compared with the more than 2 trillion tons of planet-warming carbon dioxide gas that humanity has emitted since the year 1850 — a figure that does not include any other warming gases, such as methane, which also is playing a major role in the world’s temperature increases.

The Inflation Reduction Act will mark “an historic moment” for the United States — one that hasn’t seemed plausible since President Bill Clinton and Vice President Al Gore pushed for significant action in the 1990s, said Bill Hare, a climate scientist and the chief executive at Climate Analytics, a prominent science and policy institute. The bill could have a global ripple effect that spurs other countries to take more ambitious steps, Hare said.

Yet, Hare noted that the legislation does not bring the United States to President Biden’s goal of cutting emissions at least in half by 2030 from their 2005 levels. It also includes provisions for additional oil and gas drilling and easing permitting processes for fossil fuel infrastructure — contradicting findings from the United Nations Intergovernmental Panel on Climate Change that the world must nearly eliminate coal and significantly slash the use of oil and natural gas to have a hope of avoiding catastrophic warming.

At the same time, Hare noted, there is an ongoing “rush for gas” in Africa and Australia “that is quite inconsistent with the Paris agreement,” the 2015 accord in which nations vowed to progressively lower their emissions to avoid dangerous levels of warming. And Russia’s war in Ukraine has prompted a near-term scramble for fossil fuels even in relatively climate-conscious Europe.

These forces continue to push the world off track from meeting the Paris accord’s most ambitious goal: limiting global temperature increases to 1.5 degrees Celsius (2.7 degrees Fahrenheit) above preindustrial levels. Beyond that threshold, experts warn, the world faces a future of chronic food crises, escalating natural disasters and collapsing ecosystems.

Already, with the world have warmed by roughly 1.1 degrees Celsius (2 degrees Fahrenheit), deadly climate impacts are unfolding. Europe is broiling amid record-setting heat waves that have scorched crops and sparked wildfires. At least eight people were killed in Seoul as the heaviest rainfall in more than 100 years deluged the South Korean capital. Droughts have ravaged Mexico and contributed to a spiraling hunger crisis in East Africa. In the United States, people are dying of extreme heat, and in overwhelming floods and raging wildfires.

“This summer is just a horrorscape,” said Kim Cobb, a climate scientist at Brown University and the lead author of the IPCC’s most recent report on the science of climate change. “And I know it won’t be stopping in the near term.”

These disasters underscore what an exploding body of scientific research continues to show: that adverse climate change continues to outpace the plodding progress of political action. Even a historic investment such as the Inflation Reduction Act, Cobb said, is dwarfed by the scale of the crisis.

“There needs to be an infinite acceleration in frequency of this kind of legislation,” she said. “I think the planet is sending that message pretty loud and clear.”

Startling trends in the Arctic

Take the new Arctic study, which shows that the amplified warming occurring at the top of the planet, while long expected, exceeds what climate models predict by a noticeable margin.

“We suspect that either this is an extremely unlikely event, or the climate models systematically underestimate this Arctic amplification,” Lipponen said of the rapid pace of Arctic warming.

The study takes as its starting point the year 1979 because of the availability of satellite data covering the Arctic. It defines the Arctic as the region above the Arctic Circle, and the authors acknowledge that if longer periods are considered or if the Arctic is defined more broadly, the rate of Arctic warming can appear somewhat less.

The warming is most concentrated to the east of Svalbard, in the Barents and Kara seas, regions that have also seen some of the fastest loss of Arctic sea ice. This ice has traditionally reflected a huge amount of the sun’s heat back into space, keeping the planet cool. But as it vanishes from the sea surface, more sunlight is absorbed by the ocean — and then the warmer sea surface supports even less ice.

It is one of the most well-known climate “feedbacks” — a phenomenon through which an effect of warming contributes to further warmth. Although scientists try to account for this feedback in the models they use to predict future climate change, they might be underestimating it. At the extreme, the new study finds some regions between Svalbard and the Russian island of Novaya Zemlya that are warming at a rate of over 1.25 degrees Celsius, or 2.25 degrees Fahrenheit, every decade.

But interconnections among the ice, atmosphere, land and ocean mean that no part of the planet will be unaffected. As extreme temperatures bake the carbon-rich permafrost of northern landscapes, the thawing earth releases carbon dioxide gas.

Even as people begin to cut their emissions, nature’s emissions have just begun.

There’s also concerning news from the other pole.

NASA scientists, led by Chad Greene, have derived a technique allowing them to study the enormous, sometimes country-size platforms of ice, called ice shelves, that encircle Antarctica. These are Earth’s main defenses against massive sea level rise, acting as a bracing mechanism that holds back Antarctica’s inland ice.

But the shelves are sustaining severe damage. Several, like Larsen A and B, have collapsed entirely. Thwaites Glacier, Antarctica’s most worrying and perhaps most vulnerable spot, has lost about 2 trillion tons of ice from its ice shelf, which has dramatically retracted inland, new research found. The overall area lost from Antarctic ice shelves since 1997 — about 14,000 square miles — is a little bit larger than Maryland and represents about 2 percent of the total ice shelf area.

As a reminder of these ice shelves’ vulnerability, the Conger Ice Shelf in East Antarctica — traditionally thought to be the coldest and most stable part of the ice sheet — suddenly collapsed this year.

Conger was not very large for an Antarctic shelf — merely the size of a large city. But its unexpected collapse — which appears to have been triggered by a sudden period of unusual warmth — should prompt alarm, scientist say.

“It means that Antarctica’s ice shelves are vulnerable, and they can still surprise us,” NASA’s Greene, who works at the agency’s Jet Propulsion Laboratory, said of the event. Greene’s study, which appeared in Nature this week, was co-written with colleagues from NASA and the University of Tasmania.

“Conger counters a common expectation that ice shelf collapse should only occur after a long period of thinning and weakening,” he continued. “Conger tells us that ice shelves can collapse without any warning signs whatsoever.”

In another sign of the swiftly shifting climate, new research this week also details how tree species that dominate North American boreal forests — including firs, spruces and pines — are experiencing growing stress and a decline in the survival of saplings in response to rising temperatures and reduced rainfall.

The five-year, open-air experiment details how critical trees that have populated the southern edge of boreal forests — a key ecosystem for wildlife, timber production and for soaking up massive amounts of carbon dioxide — are suffering profound impacts as the world warms. But the species that are most likely to replace them, such as maples, are not poised to expand their distribution fast enough to fully replace the trees that are on their way toward dying out.

“The species that are most abundant there are much more vulnerable to climate change than I and other scientists had thought,” said Peter Reich, a lead author of the study also published in Nature and a longtime forest ecology professor at the University of Minnesota.

If current trends continue, Reich said, swaths of boreal forests “will be impoverished, and they might even fall apart or collapse” over the next half-century unless warming slows.

“The take-home message for me is that a large part of boreal forests, one of the largest carbon sinks in the world, is probably going to take a pretty good hit in the next 40, 50 years, even in a best-case scenario,” he said.

That’s disturbing news, because Earth needs to gain forests, not lose them, as people try to employ every trick in the book to get carbon that is in the atmosphere back into plants, soils, rocks and even underground storage caverns.

Reich sees his most recent findings in a broader context: While the climate-focused legislation expected to pass in Congress this week is a positive, the impacts of climate change will continue to accelerate, and they will require more far-reaching action.

Reich called the Inflation Reduction Act a “good first step” but added that “even in the most optimistic scenario, there’s going to be a lot of pain and suffering.”

“It’s going to take an economic toll on poor and rich alike in the future,” he said. “We shouldn’t pat ourselves on the back and say, ‘Mission accomplished.’ ” 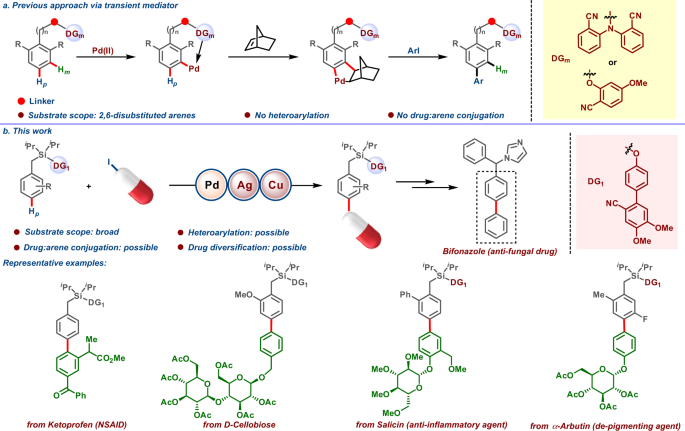 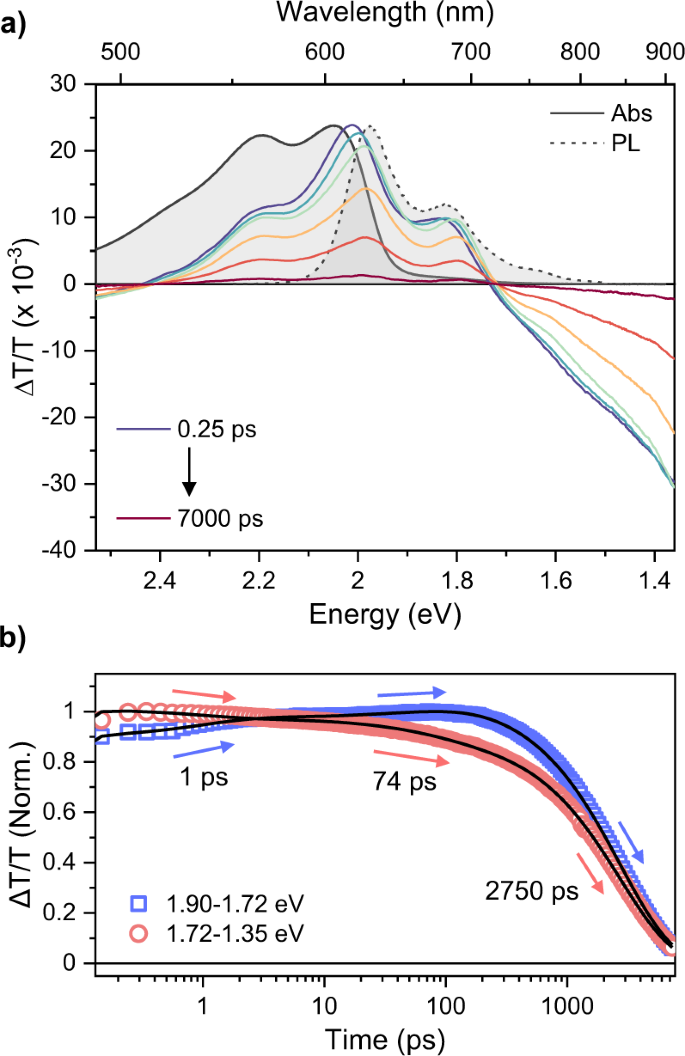