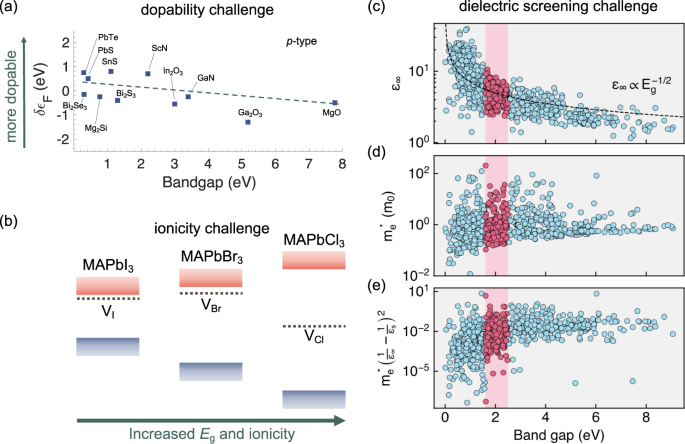 Semiconductors that have both been demonstrated to be defect tolerant and also realised in efficient PV (i.e., CuInSe2 and iodide-based perovskites) have only been achieved for materials with <1.6 eV bandgap1,2,3. Wider-bandgap semiconductors, with Eg in the range of 1.6–2.5 eV, have had less success, but are now becoming increasingly important for a range of clean energy and healthcare applications. These include indoor PV (optimal Eg of 1.9 eV) to sustainably power the Internet of Things6, photoelectrochemical cells (~2 eV) for single-junction solar-to-hydrogen water splitting7, X-ray detectors (1.4–2.5 eV) for medical imaging and security4, and top-cells (>1.7 eV) for tandem PV with silicon8. There are a number of obstacles to overcome. Below, we discuss the critical challenges to achieving defect tolerance in wide-gap semiconductors, and inspiration on how these challenges could be overcome.

Many materials can be doped by either electrons (n-type) or holes (p-type) but not both. Such doping asymmetry is a feature of wide-bandgap systems. One example is the field of transparent oxide electronics where n-type doping is possible (e.g., in ZnO, SnO2, In2O3), yet effective p-type doping is much more challenging. This type of behaviour is often rationalised by using the doping limit rules9 (and sometimes explained by the concept of Fermi level pinning), which state that the lower the ionisation potential (valence band energy), the easier it is to make a material p-type, and the higher the electron affinity (conduction band energy), the easier it is to make it n-type. The limit itself is imposed by the spontaneous formation of charge compensating point defects. As such, wide-gap semiconductors with low electron affinity and/or high ionisation potential generally have lower dopability to one or both carriers. This can be seen in Fig. 1a, in which there is an overall decrease in the predicted dopability (δεF) as the bandgap increases (especially for the case of p-type dopability shown)10. Whilst the correlation between band-edge position and dopability is established, the link between dopability and defect tolerance is still unresolved.

Ionic materials typically have larger bandgaps than their covalent counterparts, which can be seen, for example, in comparing NaCl (8.5 eV) to silicon (1.12 eV), or LiF (14 eV) to diamond (5.5 eV). As charge transfer increases, a stronger Coulomb potential separates the valence and conduction bands. For example, the bandgap of CH3NH3PbI3 can be continuously increased from 1.59 to 3.04 eV by changing the halide species to the more electronegative Br or Cl, or using mixtures thereof (Fig. 1b)11. The established defect tolerance of CH3NH3PbI3 is not preserved across the entire halide composition range. The halide vacancy (0/+) donor level becomes deeper through the series (Fig. 1b), due to the lower electron affinity, as well as the smaller lattice constant of CH3NH3PbCl3 leading to greater overlap between Pb dangling bonds when halide vacancies form12. The electrostatic potential at the vacancy site becomes sufficiently large to localise an unpaired electron to form a deep state with large structural relaxation energy. For the case of ZnO1–xSx, a nitrogen acceptor is deep above the valence band for small values of x, but becomes shallower for S-rich materials13. Increased ionicity can lead to stronger carrier trapping and activate previously benign defects for non-radiative electron-hole recombination pathways.

As the bandgap of a material increases, the polarisability also tends to decrease. Indeed, the high-frequency dielectric constant is inversely proportional to the square-root of the bandgap (Fig. 1c). There is also a correlation with effective mass as the interaction between the valence and conduction band edges is weakened (Fig. 1d). Defect tolerance requires low charge capture cross-sections, which are strongly influenced by both the dielectric constant and effective mass of the host material. A large dielectric constant screens electrostatic interactions between charged defects and charge-carriers, and maintains a low Sommerfeld factor (see ref. 4 for further details). A low effective mass \({m}_{0}^{\ast }\) facilitates high mobilities and enhances the delocalisation of the defect wavefunctions with the band edges. These factors also control the degree of polaron formation, which in the simplified Fröhlich model gives the relation.

where Ep is the polaron binding energy, and εs and ε∞ are the static (low-frequency) and high-frequency dielectric constants, respectively. This relationship presents a challenge, as based on these considerations, wide-gap materials should have less mobile charge-carriers (as seen from the positive correlation between Ep and Eg in Fig. 1e) with higher recombination rates (due to the smaller dielectric constants and larger effective masses). Even in the case of III–V semiconductors, the exceptional 9000 cm2 V−1 s−1 electron mobility for GaAs (Eg = 1.5 eV, me = 0.07, ε∞ = 10.9) is reduced to 900 cm2 V−1 s−1 for GaN (Eg = 3.5 eV, me = 0.22, ε∞ = 4.9)14. 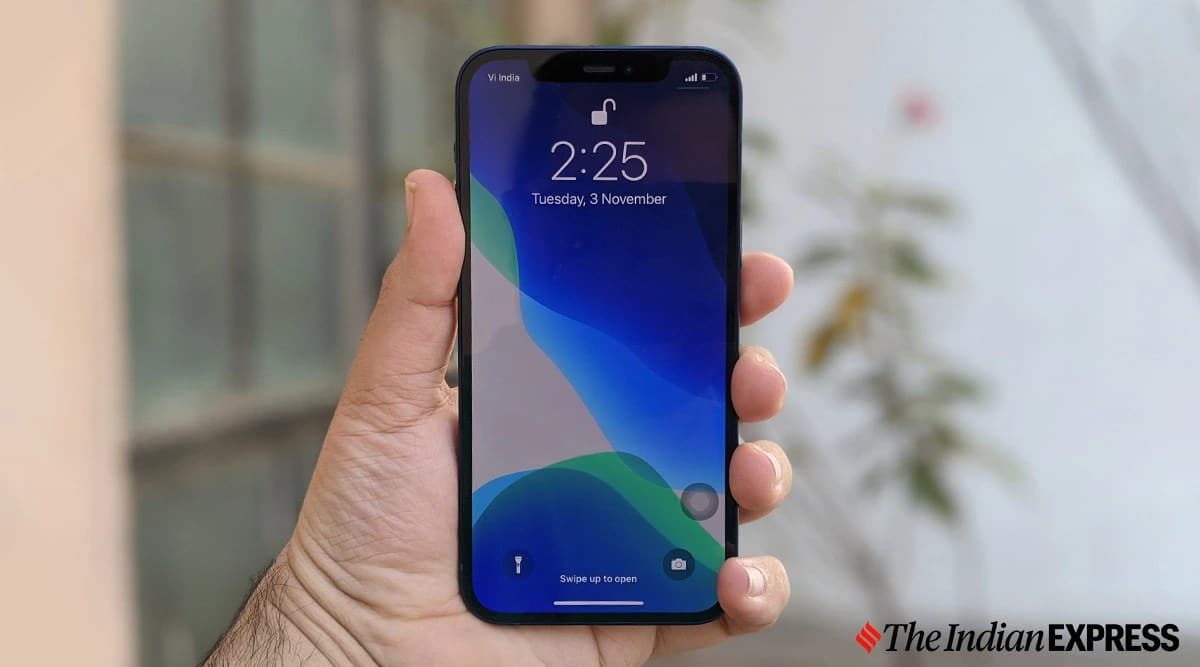 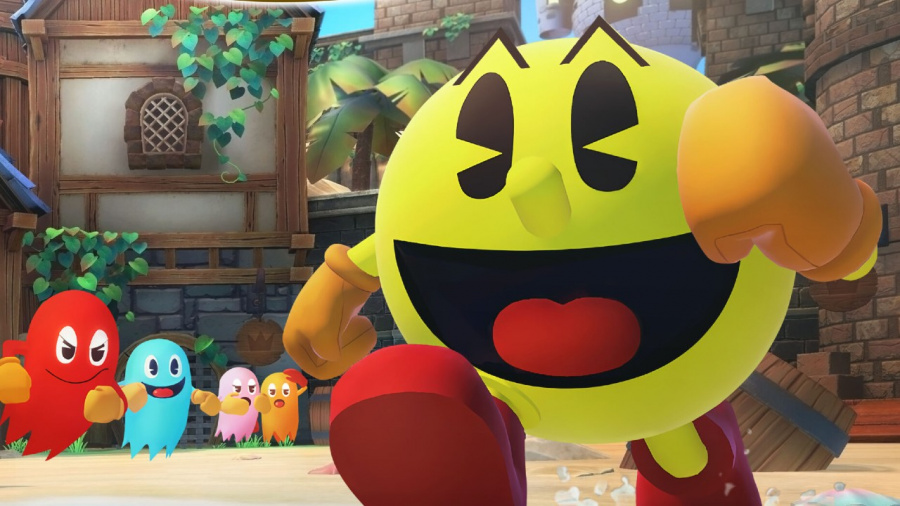