For the last 10 years, insulin was an inescapable part of Nandana, a native of Wayanad and a BSc student. Her life finally started to look up thanks to actor Suresh Gopi. He gifted her a sensor-augmented insulin pump worth Rs 6 lakh. And since yesterday it has started working on her body. Under the supervision of Dr. Jothydev Kesavadev who is the director of Jothydev Kesavadev Diabetes Research Center Nandana’s health is still being monitored at regular intervals. But Nandana still feels an ache when she thinks of thousands of people who are still having a tough time due to Type 1 diabetes. Nandana and Shana who is the mother of two diabetic children talk to Manorama online about their experiences and how much they want this facility available for all those who are suffering from Type 1 diabetes. Jothydev Kesavadev also joins the conversation.

“Yesterday was an unforgettable day in my life. I finally managed to find a solution to the problems I have been facing from 5th std. I used to face each day with trepidation. At home, I was always a source of worry for all. Especially when I started my schooling. It was difficult to predict when my sugar levels will fluctuate. If my parents are so worried about an 18-year-old me who is self-sufficient, I can imagine the anxiety of the parents of type 1 diabetic children,” says the BSc student hailing from Wayanad.

“Type 1 diabetic patients will always dream of a sensor-augmented insulin pump. But it will be expensive for ordinary people. Suresh Gopy sir gifted me a 780g insulin pump worth Rs 6 lakh,” she adds.

An insulin pump is the only way out

Honestly speaking I can’t help wondering if this is a reality or a dream because a 6-lakh insulin pump is something I can only afford in my dreams. I will always be grateful to Suresh Gopy sir and his family. It was through the Type 1 diabetic association Secretary that we came to know Suresh Gopy sir was in Wayanad and went to meet him. My only thought was to share my problems with him and maybe get some help in return. Doctors had already warned me that there was no other option for me than to keep an insulin pump. When he heard about my illness, he immediately promised to get me an insulin pump.

Barely six months after the meeting I got a call from Thiruvanthapuram wondering if I can meet him there. I was ecstatic.

Isn’t there a pain?

Though I was born with type 1 diabetes, it was only when I turned 10 that it was diagnosed. It starts with an acute stomach ache and urinary infection. There was dehydration and difficulty in walking as well. It was after a urinary test that I was diagnosed with type 1 diabetes. The insulin started from that day onwards. Initially, I took insulin twice a day. But when the sugar couldn’t be controlled and touched over 400 I started taking insulin five times a day. I used to take insulin with the help of teachers and students. Since it had to be stored in a fridge I would keep it in a packet of ice cubes.

While taking insulin, my friends would wonder if it was painful. Though it was painful to take it 5 times a day, I just smiled. Because I knew that there was no other option for me. Now both my arms are covered in marks. After getting the pump there is some relief at the thought that the pain would be less. Besides, there is the relief of not having to take insulin in front of my friends.

There are 1000s of Type 1 diabetic children like me in this world. If they also received a pump as I did, it would have been less painful for them. And it can also remove the anxiety of their parents to some extent. If everyone has access to the sensor called SGM, it will be a relief for all,”says Nandana.

How do you send your child to school in this condition?

Shana isn’t sending her 8-year-old daughter to school now— “Because I need to sit with her till evening in school. Not that it is a hassle for me but even when we step out of class, I am constantly thinking about her fluctuating sugar levels. After all, it takes only seconds to change things. I am more concerned about her health than her education. For that reason alone, I am protecting my two children who are suffering from diabetes. There are so many mothers like me. It is difficult to explain our misery in words”—Shana says.

“One of the main concerns of type 1 diabetes is that you can’t predict the fluctuating sugar levels. Two days ago in Kottayam, the sugar level of a child dipped at 5 am. Later the child had an attack of epilepsy and bit out its tongue. If the sugar level is going down, make sure to give them glucose. But if the child is given glucose in the middle of seizures, it won’t be able to drink it. While spooning glucose into its mouth, the child bit the mother’s finger. Such are the issues faced by Type one diabetic children and their parents. That child is still in ICU.

How can you forget the 20-year-old Adarsh? It’s only been a year since he left us. He was returning with his parents after visiting the hospital. He fell asleep sitting between his parents in the car. Since he was asleep, the parents didn’t wake him up. It was when they reached home and started to wake him up that they realised he was unconscious. Though he was admitted to the hospital and put on ventilation for two days, they couldn’t save his life. Such news can cause a lot of stress for parents of type 1 diabetic children.

Safety is the key

It is difficult to explain to anyone the state of mind of the parents of Type 1 diabetic children. But people in Kerala need to understand our issues and stand with us. It’s painful for children every time the needle is injected into their tender arms. But then it has to be done for their safety.

The plight of children is hard to bear. There are so many moms who have contemplated suicide after witnessing the plight of their children. There are mothers who have gone through depression during that period. Even a slight fever can cause diabetes to spiral out of control for these children. Even when the fever is reduced after a week, the sugar won’t be under control. Their mental state during this situation is even more precarious than their daily struggles. They would be keeping their alarm hourly before going to sleep. Fearing that the alarm might not work, there are mothers who switch on the alarm on 2 or 3 phones.

Shana says that the insulin pump Nandana got was a result of the efforts of each and every member of the Type 1 Diabetic welfare society.

“If they are able to give the children tubeless pumps and adults tube pumps it will be a relief. Tubeless pumps are available in America. You need to stick it on like a sensor. The tube which Nandana received can be tied around her waist. Since she is an older child, that won’t be an issue for her. But it will be difficult for small children to tie it around their waist and play. That also means their childhood is getting affected. When I heard that such pumps are in Kerala, I thought of our own helplessness to give that to our children.

In the UK, US and Germany there is technology to find out sugar levels sitting at home. In these countries, a child is immediately given a sensor and pump after it is diagnosed with Type 1 diabetes. They are also provided free insurance coverage. But here children aren’t even aware of sensors. If such facilities were available we could have happily sent them to school and monitored their sugar levels from home or office. We could have also made their future secure. We are hoping that the difficulties of Type 1 diabetics are brought to the attention of state and central government and will be provided sensor and insulin pumps,” says Shana.

As a first step Type One diabetic welfare society isn’t holding Onam celebrations this year and are organizing funds for children.

Type 1 diabetics is not a rare disease

Insulin pumps for diabetes patients was used in India since 2004. The insulin passes through the pump under the skin. It goes into the body similar to how the pancreas are producing insulin. Therefore insulin pump is considered to be better than other ordinary injections. Even then the inability to gauge the fluctuating glucose in the body remains an issue with Type 1 diabetes. It all happens suddenly.

Suresh Gopy gave Nandana the 6-lakh insulin pump. But for checking its cleaning, deployment, and other things, three or four people in the hospital have to take duty for three to four months and 24 hours a day. All these services are provided free of cost. But they have to spend twenty thousand rupees a month. But it has been informed that society will somehow take care of the funds.

Most helpful for children

Glucose stays normal in young children barely 40 to 50 percent of the time. That is the nature of Type One diabetes. Even if we look at the average glucose now and the A1C is around 7 or 8, it’s only the average of the fluctuating levels. In the old pump, it would have been sixty or sixty-five to say fifty. The specificity of the new device will remain at 80 percent anyway. 90-95% of the time it will stay normal after learning to use it thoroughly.

It will be a great blessing if all the children receive this facility. All the mothers are having sleepless nights. All of them will wake up at intervals of one hour or two hours with the help of an alarm. There are people who get up even if there is a sensor. Because only very expensive sensors have alarms.

A disease that was ignored for years

Covid has increased the number of people suffering from type one diabetes. Type 1 diabetes is neither a genetic disease nor a lifestyle disease. This happens to children through no fault of theirs or their parents. Because the body’s immune system works against us, the insulin-producing beta cells in the pancreas are destroyed and the production of insulin stops. Out of 100 people with diabetes, 90 have type 2 diabetes and the remaining approximately 8–10 percent have type 1. There was a time when parents were hesitant to reveal that their child had type 1 diabetes. That’s why it didn’t get much attention. Otherwise, it would have become a noticeable disease forty years ago,” Dr. Jothydev says.

Type 1 is an autoimmune disease caused by some viruses. Because it is a disease caused by a virus, one in 100 children having some kind of fever might lose their pancreatic beta cells. Antibodies can prevent diabetes. But suddenly, when another virus like this enters the body, diabetes occurs. Type 1 diabetes cannot be treated with pills as insulin cannot be produced by giving a pill. It will have to be provided entirely from the outside. The glucose levels keep fluctuating as the system which controls it is faulty. A sudden drop in glucose can lead to seizures, brain damage, and heart attacks. Therefore, to avoid low sugar, we try to keep it together. Higher blood sugar can also be harmful to health. In the future, you might have Kidney disease, eye infection, and heart disease. 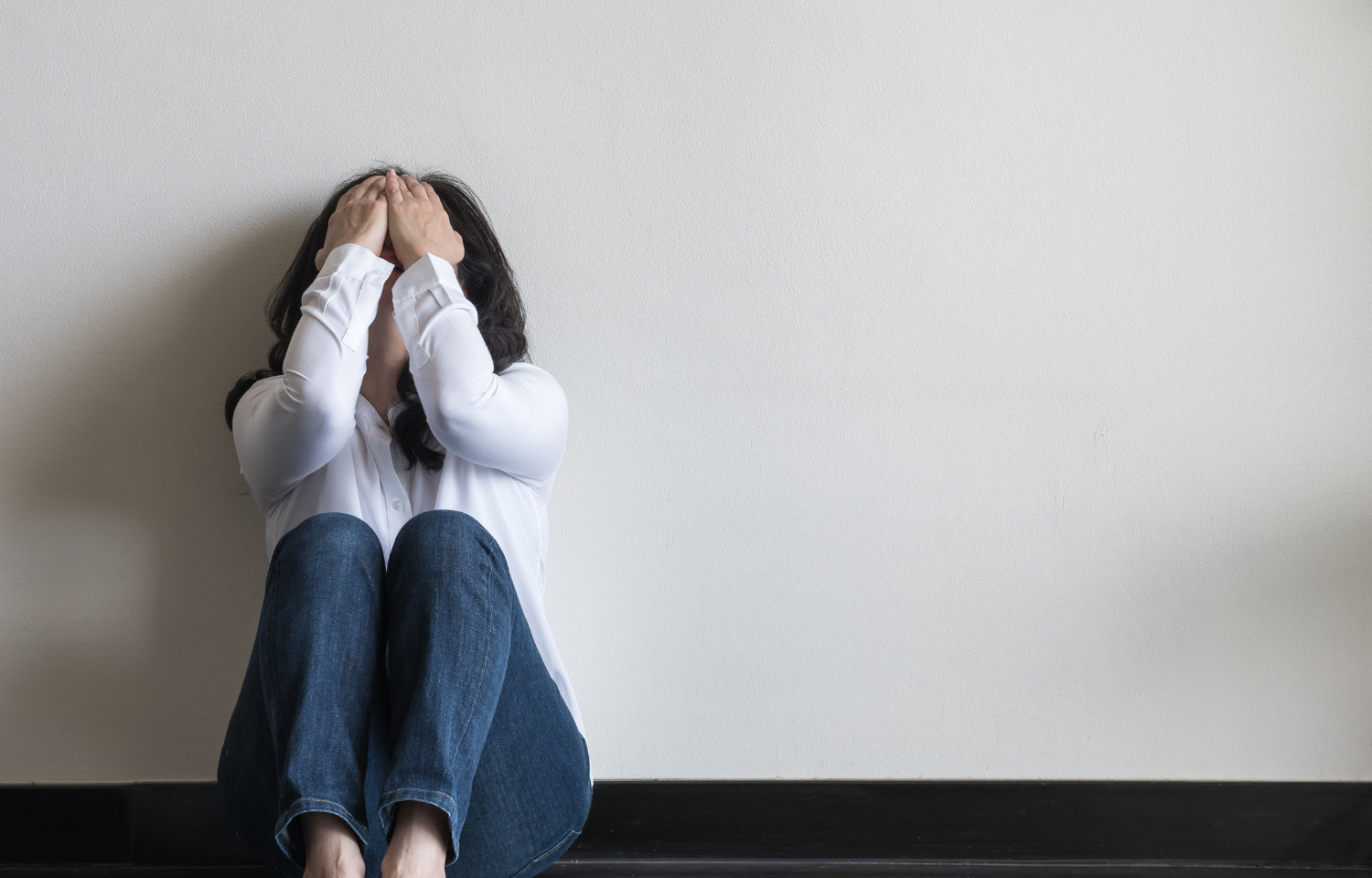