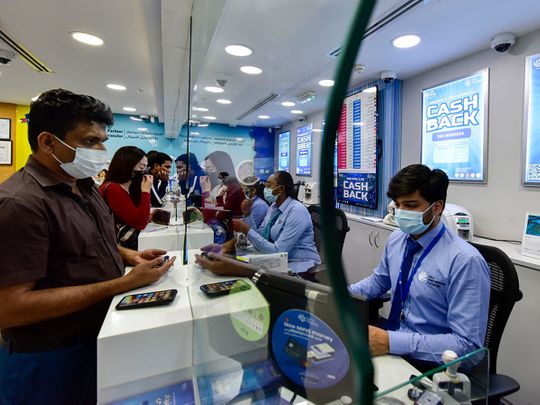 Dubai: Remittances from the UAE were seeing an uptick as several, particularly South Asian currencies, lost a bit of momentum and recorded remittance-beneficial rates in the past few weeks. But will the currency trend continue?

While the Indian rupee is expected to weaken, the Pakistani rupee and Philippine peso are seen strengthening in the coming week. Here’s how you can take advantage of these remittance-beneficial rates and when. Check the latest forex rates here.

Will currency back home rise or fall?

When it comes to sending money back home, it is vital to know whether it is currently an ideal time to remit. To understand whether it is or isn’t, one should first find out if your currency back home is expected to rise or fall in the days to come.

Here is an analysis of how the aforementioned currencies have been performing and expected to perform in the coming week, to help understand whether remitting money now is profitable or cost-effective, or should you wait it out for a few weeks for a better rate to come along.

If a currency is expected to weaken or depreciate, like the Indian rupee in this instance, it’s prudent to take advantage of more remittance-friendly rates after it drops further, rather than now. On the other hand, when it comes to the Pakistani rupee and Philippine peso, it would be cost-effective to remit now, as the rates would only rise over the near term.

Even though the Indian central bank (RBI) may have frontloaded the rate hikes, it remains to be seen how it influences the trajectory of the rupee over the medium term. While the rupee did witness a smart recovery after the policy announcement, it was unable to hold onto the gains.

“Further, defending the currency through interest rates could also indicate the market participants expecting more rate hikes to automatically protect the currency whenever it is under pressure,” noted the India-based SBI’s EcoWrap report.

This rate hike indicates one possibility: that the RBI is more concerned about rupee and external situation, i.e. using interest rate as an defence to protect the rupee.

In Pakistan, the buying rate of the US dollar was currently 224.3 Pakistani rupee (61.07 versus UAE dirham).

According to research, the Pakistani rupee value is expected to appreciate the most to 57.7 by next week against the UAE dirham, from the current levels.

The Pakistani rupee (PKR) has continued its recovery drive against the US dollar for a fifth consecutive working session in the interbank market, appreciating by more than 0.90 per cent, according to the country’s central bank.

Earlier, the currency had slumped by more than 13 per cent in the prior 10 consecutive working days, with an all-time low closing at 239.94 Pakistani rupee on July 28, according to the SBP statistics.

According to research, the value of the Philippine peso is expected to rise to 14.58 against the UAE dirham over the coming weeks, from the current 14.8 – making it ideal to send money now than later.

The Philippine peso’s rebound from a record low is set to gain momentum amid expectations of higher remittances and as lower oil prices curb import costs.

The peso is seen rising to 54 against the dollar by end-December, about 2 per cent higher than Friday’s close, according to ING Groep NV, Scotiabank and Malayan Banking Bhd. It fell to a record low in July.

The currency is also likely to get a boost from the central bank’s resolve to keep tightening monetary policy to maintain an interest-rate buffer with the US. Traders this week will look forward to economic growth and trade data to gauge the peso’s trajectory as emerging-market currencies face pressure from aggressive Federal Reserve tightening.

“The worst is probably over for the peso,” said Michael Ricafort, chief economist at Rizal Commercial Banking Corp. in Manila. “While there will be volatility, and it could be extreme, supportive factors are coming into play, particularly remittances and the drop in global crude prices.”

The peso fell to a record low of 56.45 in July, declining along with other Asian emerging-markets currencies amid the dollar’s relentless rise. That may be set to change now, with the nation expecting to get 4 per cent more remittances in 2022 than the $31.4 billion last year. Remittances typically rise in the second half of the year.

– with inputs from Agencies Airplane Turbulence Could Double Or Triple In Coming Decades. Here’s Why – NDTV 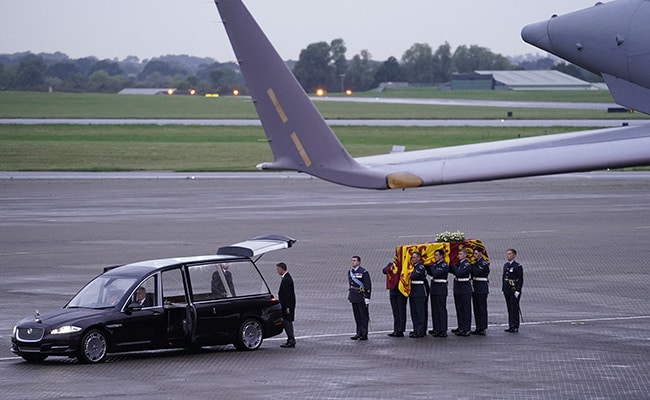 With Over 5 Million Views, Queen’s Final Flight Is Most Tracked Ever – NDTV