The family-based green card under U.S. immigration law, is broadly categorized into two groups: the immediate relative and family preference categories based on the relationship to the U.S. sponsor. To be eligible to apply for an immigrant visa, i.e., a green card, the foreign citizen must be sponsored by an immediate relative who is at least 21 years of age and is either a U.S. citizen or U.S. Lawful Permanent Resident (also known as a green-card holder).

In some cases, where the immigrant is already in the U.S. (ideally in lawful immigration status), that person need not leave, but can apply to the USCIS for “Adjustment of Status” by submitting Form I-485 with relevant documents and attending an interview at a USCIS office before being granted permanent residence status. In many immediate-relative adjustment of status cases it may be possible to submit the I-130 and I-485 packets to the USCIS all together, or “concurrently.”

« Back to recommendation stories

An unlimited number of green cards can be issued to immigrants who are immediate relatives of U.S. citizens, which means they are not subject to numeric caps or quotas that are applicable to other family categories and employment based green cards. Immediate relatives are defined as:

Fiancé(e)s of U.S. citizens are also just a few steps away from a green card. But if the fiancé is overseas and the couple wishes to get married in the U.S. before applying for a green card, the first step is to apply for a temporary (90-day) visa called a K-1 fiancé visa. After the marriage, the immigrant can apply directly to the USCIS for “Adjustment of Status” on Form I-485 and, following the USCIS interview, the foreign national spouse will be granted “conditional permanent residence,” which should eventually lead to permanent residence.

Family Preference Categories
Certain other family members of U.S. citizens or permanent residents are also eligible for U.S. green cards. However, only a limited number of green cards are available to these applicants. They typically have to wait several years to get them, based on their place in the following preference categories and their place of birth:

The U.S. family member must start the process by petitioning for the immigrant on Form I-130. Following the USCIS’s approval, however, the intending immigrants might have to wait several years until their “priority date” is current and they can move forward (also following the same process described above). Each year, a total of 226,000 family-based green cards are issued to applicants from different countries. While this might sound like a large number, the volume of people seeking green cards annually is often much higher. The wait time for a “priority date” to become current could be a few years to a couple of decades depending on the visa category and the country from which the immigrant is applying (due to per-country limits).

There is no direct way to sponsor U.S. green cards for one’s grandparents, aunts, uncles, nieces, nephews, and more extended relation. However, you can create a chain of relationships so that a more immediate family member can petition for them. For example, a U.S. citizen could petition for his or her parents; and they could, after receiving a green card and eventually U.S. citizenship (Usually after at least 5 years as a green card holder), petition for their parents (the initial sponsor’s grandparents). But this strategy requires long-term planning.

It is important to remember, that every immigrant (including minor dependents) must fit the eligibility criteria all the way up through their approval for adjustment of status or entry to the U.S. on an immigrant visa. If a child is 21 years of age or older when the priority date becomes current the child may not be eligible for an immigrant visa unless he is covered by the Child Status Protection Act (CSPA). Further, for example, someone immigrating as an unmarried child gets married in between receiving their U.S. visa and entering the United States, they will be denied entry.

The authors will further explain the process and other elements of the family based green card process in subsequent articles that will be published here.

Russia Is Flaring Less And Keeping Natural Gas In The Ground – OilPrice.com 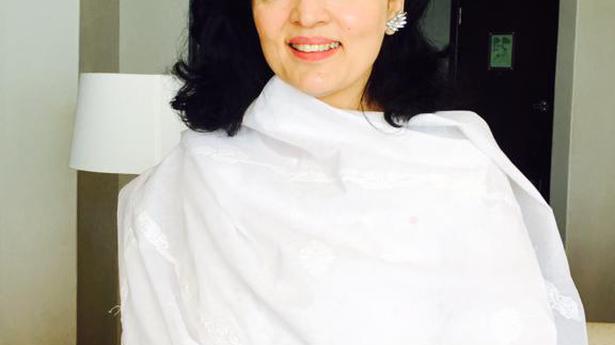 India’s vote to allow Zelensky speech was not against Russia, says MEA – The Hindu