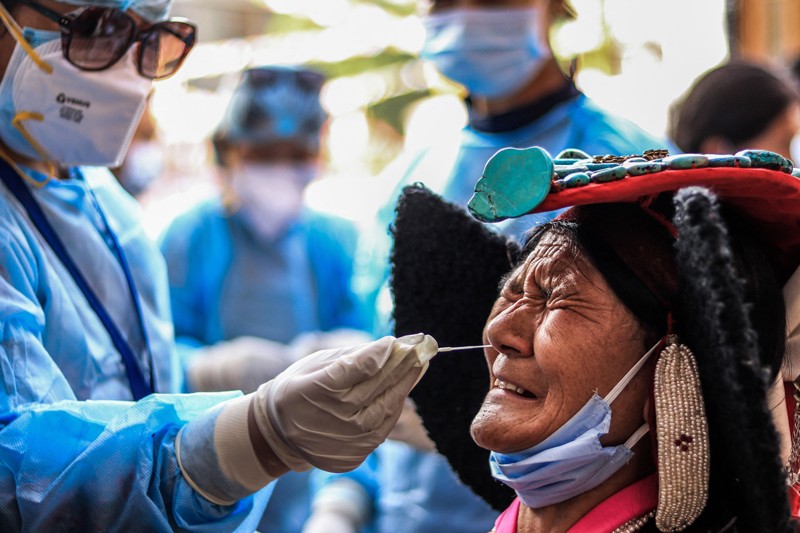 As countries await the end of COVID-19 surges caused by the variant BA.5, researchers are on the lookout for what will come next.

An Omicron subvariant called BA.2.75 — and nicknamed ‘Centaurus’ by some on social media — is rising fast in India. A few scientists are sounding the alarm, whereas others say it’s too early to tell whether the variant will spread widely. In India, it doesn’t yet seem to be driving up hospitalization or death rates.

BA.2.75 has been detected in more than 20 countries worldwide, and researchers are waiting to learn whether it will substantially elevate case numbers after a wave of infections with BA.5.

A slew of studies suggests that the two variants have roughly similar capacities to dodge immunity conferred by infection and vaccination. This suggests that ‘Centaurus’ might not push cases much higher outside India — at least not while population immunity is high and before the variant picks up many extra mutations.

Surveillance of SARS-CoV-2 variants is falling by the wayside in many countries, but India seems to be at the epicentre of the spread of BA.2.75. This mutation-laden lineage evolved from the BA.2 subvariant of Omicron, which spread widely in early 2022 (see ‘Pathogen progression’).

Researchers in India have sequenced more than 1,000 samples of the variant since May. The data suggest that about two-thirds of new cases there are currently caused by BA.2.75, says Shahid Jameel, a virologist at the University of Oxford, UK, who previously led India’s SARS-CoV-2 sequencing consortium (see ‘‘Centaurus’ grows’).

The variant seems to have a “quite sizeable” transmission advantage over BA.5 in India, says Tom Wenseleers, an evolutionary biologist at the Catholic University of Leuven in Belgium, who has modelled its rise. “This would definitely cause an infection wave,” he says. The number of confirmed infections — a sliver of the probable true number — is up across India, Wenseleers notes, as is the percentage of tests that come back positive (a more reliable measure when testing rates are low).

So far, BA.2.75 has been detected at relatively low rates outside India, in countries including Japan, the United States and the United Kingdom, which are in the middle of or just past the peaks of surges caused mainly by BA.5.

As a result, Jameel does not expect BA.2.75 to trigger big waves in most places. “We’re coming to a point where these variants are sort of competing with each other and they’re almost equivalent,” he says. “I think people who have had BA.5 will not have a breakthrough infections with BA.2.75, and vice versa.”

Laboratory studies posted on preprint servers in recent weeks lend credence to this idea1–5. Several teams have found that the two variants have a similar ability to evade antibodies triggered by vaccination and previous infection, with BA.5 showing a slight edge over its distant cousin. This makes BA.2.75’s rise in India — where BA.5 is also present — fairly perplexing, says Yunlong Richard Cao, an immunologist at Peking University in Beijing who co-led one of the studies1. “It’s weird.”

His team thinks that India’s immunity profile is part of the explanation. In 2021, the country saw an explosive wave of cases caused by the Delta variant, which shares a key mutation with BA.5. Cao suspects that previous Delta infections provide added protection against BA.5, leaving an opening for BA.2.75.

Cao and his team found that several people who had had Delta infections after vaccination produced antibodies that were more potent against BA.5 than against BA.2.75. “My guess is that BA.2.75 probably won’t prevail that much outside India”, especially in countries that weren’t hit hard by Delta, Cao adds.

Other researchers say the small number of Delta infections after vaccination in Cao and his colleagues’ study means the hypothesis should be treated with caution. Moreover, Wenseleers has found tentative signs that BA.2.75 might be spreading a little faster than BA.5 in some countries, including Australia, the United Kingdom, the United States and Canada.

He predicts that BA.2.75 will continue to grow globally, particularly in Asia and Oceania. But there are also signs that another Omicron sub-lineage that’s growing in Europe and North America, called BA.4.6, is just as transmissible as BA.2.75. “We might end up with an eclectic mix of Omicron descendants, with different ones reaching dominance in different parts of the world,” Wenseleers says.

So far, India isn’t seeing a significant rise in hospitalizations from its ‘Centaurus’ wave, says Jameel, who gives credit to the combined effects of high rates of vaccination and of previous infection. “This hybrid immunity is going to largely protect and keep people out of hospitals,” he adds.

Wenseleers and others expect the same pattern to be repeated elsewhere — whether the next variant is BA.2.75 or something else entirely. “Higher and higher population immunity leads to less and less severe consequences for most people,” he says.

If BA.2.75 doesn’t spread widely now, it could in several months’ time, as it picks up new immune-evading mutations and protection caused by BA.5 infection wanes, says Cao. Some BA.2.75 sequences include a mutation found in BA.5, called L452R, that could augment the variant’s ability to reinfect people, he adds. “This is what makes it scary.”

Even if hospitalization and death rates stay low in a wave caused by Centaurus or whatever comes next, researchers say, the high frequency of infection waves could mean more long COVID and general disruption caused by high levels of illness. “The next thing we need to do is bring down infection volumes,” says Wenseleers. “At the end of the day, that’s the problem.” 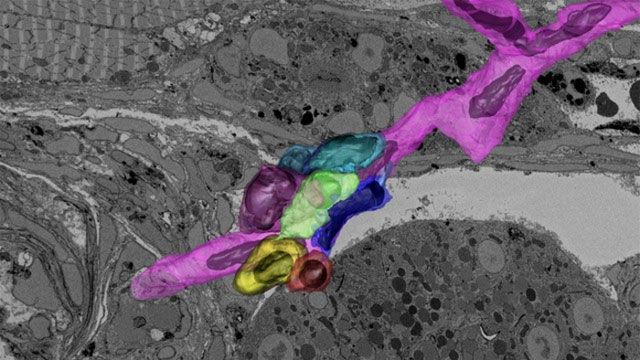 Strange quark star may have formed from a lucky cosmic merger – Space.com What Really Killed Dinosaurs and Other Life on Earth? Maybe NOT an Asteroid Strike – SciTechDaily