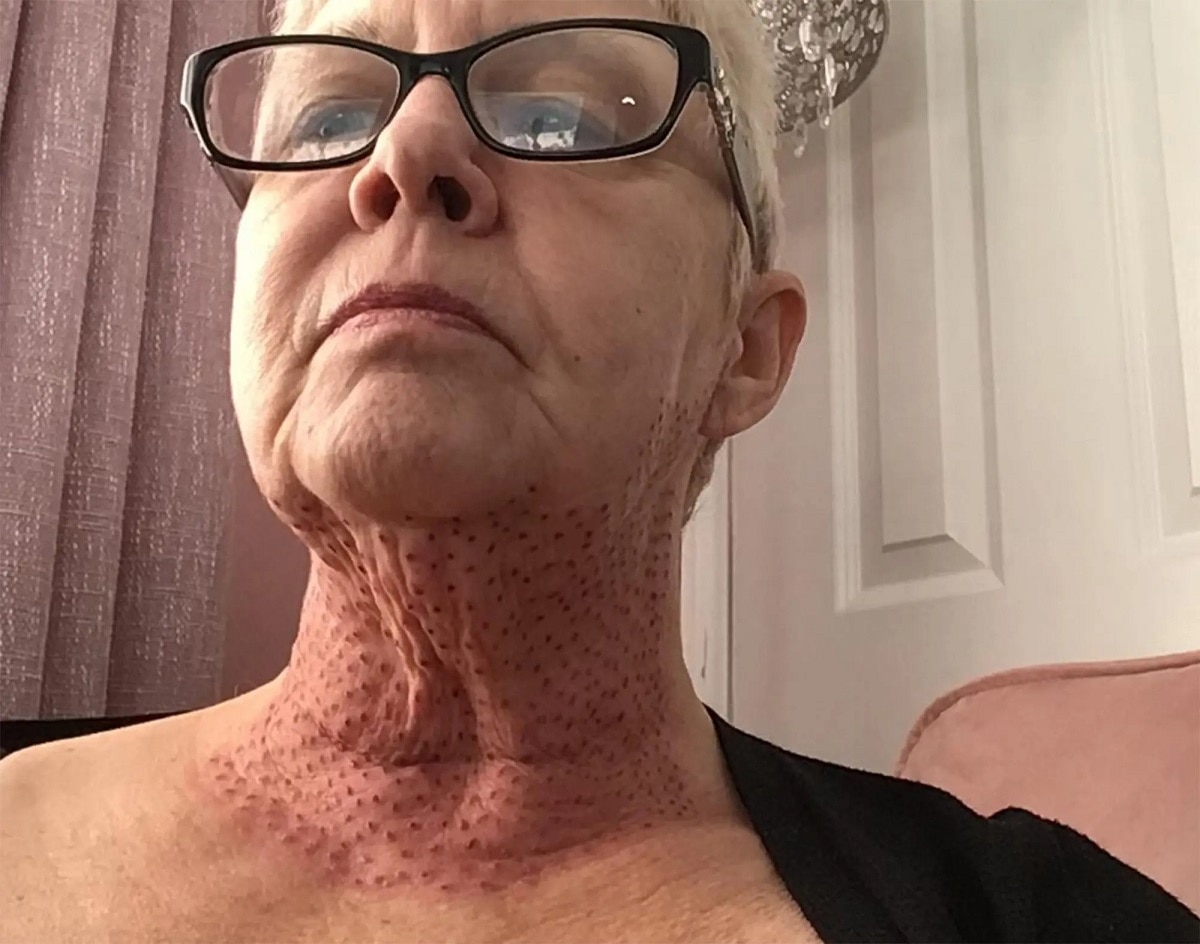 A woman who went for a procedure to fix her double chin suffered a horrible experience when she ended up with red dots all over her neck. The dots gave the look of a lizard-like neck. Yes, you read that right. Read on to find out about this further.

The terrifying incident happened to Jayne Bowman who hails from the UK. The 59-year-old went for a non-surgical skin-tightening treatment called fibroplast plasma. Actually, Bowman had lost some weight and that had left her with excess skin. She took the help of social media and got a message from a beautician on Facebook. Jayne then decided to go for Botox for her double chin, according to the Daily Mail.

“Weeks later there was no change at all apart from horrible scarring,” she told the Daily Mail. “I had hundreds of brow dots all over my chest. I looked like a lizard!” she added. Bowman also claimed that she didn’t want to leave the house because of the botched procedure and even if she did, she wore a scarf.

“I wish I still had my saggy neck — it was better than what I have been left with. This botched beauty treatment has left me in agony,” she told the Daily Mail.

Jayne used creams to soothe the burning sensation but then was covered with brownish-red spots all the way down her neck.

As per the Daily Mail, Bowman spent 500 euros, which is approximately Rs 40,591 on the procedure. Post that, she started to experience a burning sensation beyond the feeling that was expected. “It was so painful, it burned like hell,” she said. “I told the therapist I was in agony but she didn’t seem bothered. She said she had to carry on or it wouldn’t work.”

Jayne used creams to soothe the burning sensation but then was covered with brownish-red spots all the way down her neck. She left a bad review and even talked to a lawyer. However, the beautician filed a counter-complaint against her, the Daily Mail reported.

“I am not after money, I just want justice for being butchered at the beauticians,” Jayne Bowman quoted further. 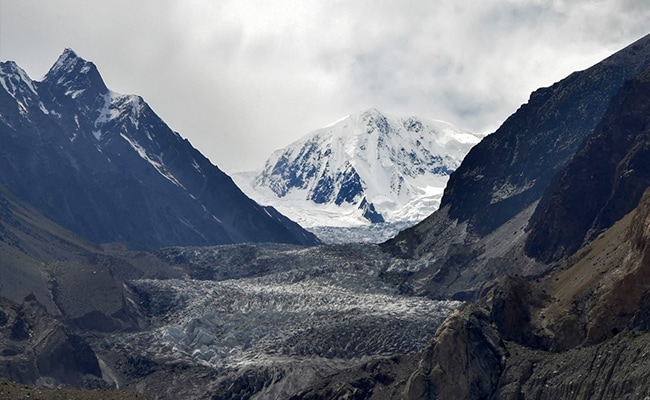