Melbourne, Aug 12 (The Conversation) For the first time, we have shown that a soft heel pad was crucial to how sauropod dinosaurs supported their immense weight, according to a new digital reconstruction of their feet.

Sauropods, which weighed up to 50 tonnes and dominated the world’s ecosystems for around 100 million years, appear to have developed soft heel pads early in their evolution, and it was likely a key step that allowed sauropods to become the largest animals to have ever walked the earth. Our work appears this week in the journal Science Advances.

Also Read | US: Gunman Who Tried To Breach FBI Office Killed in Standoff With Ohio Police.

One of the most notable things about sauropods is the immense size of some species: the feet of sauropod dinosaurs would have shaken the earth as they walked. Indeed, the name of one of the first described sauropods to gain popular appeal, Brontosaurus, means “thunder lizard”.

Sauropods had long necks and tails, and walked on four long, pillar-like legs, but they didn’t start out gigantic. Around 230 million years ago, the ancestors of these dinosaurs were small, two-legged animals that would have looked very much like their saurischian cousins, the theropods; most probably wouldn’t have weighed more than an ostrich.

But starting around 210 million years ago, sauropod ancestors increased in size, with an estimated body mass approaching one tonne. The largest sauropods such as Argentinosaurus, Patagotitan and Australotitan probably reached adult sizes in excess of 50 tonnes more than ten times the size of the largest living terrestrial animal today, the African elephant.

It goes without saying that animals of that size had immense feet. Some sauropod footprints found in the Kimberley region of Western Australia are more than 1.7 metres long – big enough for most people to bathe in!

But what did sauropod feet really look like, and how did they support the titanic adult body weight of their owners?

On the trail of sauropods

Having spent many years tracking sauropods in the Kimberley, I [Steve Salisbury] have long pondered what their feet might have looked like in life. The front feet appear to have been like those of elephants, with the bones arranged in a near-vertical, semi-circular column, with greatly reduced finger bones except for the thumb. The “hand” prints of most sauropods are typically rounded or “bean-shaped”.

Despite their commonly portrayed columnar look, however, sauropod feet were very different to those of elephants. Sauropods had long, flexible toes, as evidenced by the mobility between the bones. Fossilised tracks show they could spread their toes, adjusting the splay of the foot as they walked across different surfaces – this is not what we find in elephants today.

It has long been assumed that like other dinosaurs, sauropods walked on their toes, with the ankle joint elevated off the ground. Yet many sauropod tracks include the impression of a large “heel”.

This has led many palaeontologists to speculate that sauropods had some kind of “heel pad”. But apart from tracks, definitive evidence of a heel pad in sauropods has remained just that – academic speculation. Our work aims to change that.

Walking in the feet of giants

Armed with knowledge of what the foot skeleton of various sauropods looked like, along with information about their tracks, Andréas Jannel went about trying to figure out how their feet may have worked, as part of his PhD at The University of Queensland. We also teamed up with Olga Panagiotopoulou, an expert in the foot mechanics of modern animals, and elephants in particular.

Andréas generated 3D digital models for the foot skeleton of various sauropods and sauropod precursors. He and Olga then went about testing the strength of these models using a technique known as finite element analysis. They compared how different postures influenced the mechanical behaviour of the foot with and without the addition of a soft-tissue pad.

Regardless of the posture of the foot – toes on the ground, toes partially on the ground, or only the tips of the toes on the ground — none of the models could sustain the magnitude of mechanical forces that sauropods would have encountered in life, unless they also had a soft tissue pad beneath the “heel”.

Our findings indicate that a soft tissue pad would have cushioned the entire foot skeleton, allowing it to absorb mechanical forces during weight bearing. Put simply, without that pad beneath the heel, bones in the feet of sauropods would have crumpled under their immense weight.

Arrival of the giants

Sauropod precursors such as Plateosaurus have traditionally been reconstructed as having walked with their toes slightly raised off the ground and with no heel pad. Our models now indicate their foot skeleton could not have supported their body weight without some form of additional padding.

Some fossil tracks thought to belong to animals such as Plateosaurus do show evidence of pads starting to coalesce behind the toes. This “incipient” heel pad – one just starting to develop – would be consistent with our models.

The presence of an incipient heel pad in sauropod precursors laid the foundations for the evolution of a more substantial structure. By 170 million years ago, the first “true” sauropods were exceeding 10 metric tonnes, and tracks attributed to them show a well-developed heel pad.

The stage had been set, and within 10 million to 15 million years, titans weighing more than 30 tonnes were walking the earth, and the diversification of giant sauropods had begun. They would dominate world ecosystems for the next 100 million years. (The Conversation)

NASA heard the sound of ‘cat’ in space, you too will be surprised to hear – News Day Express 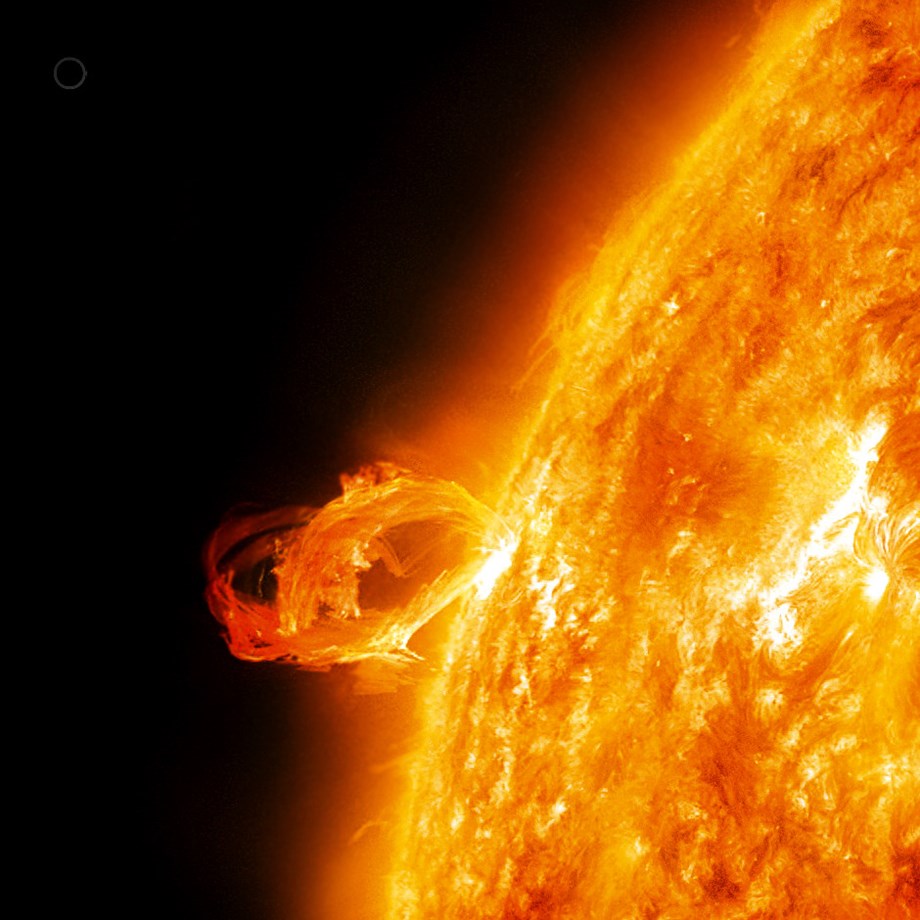