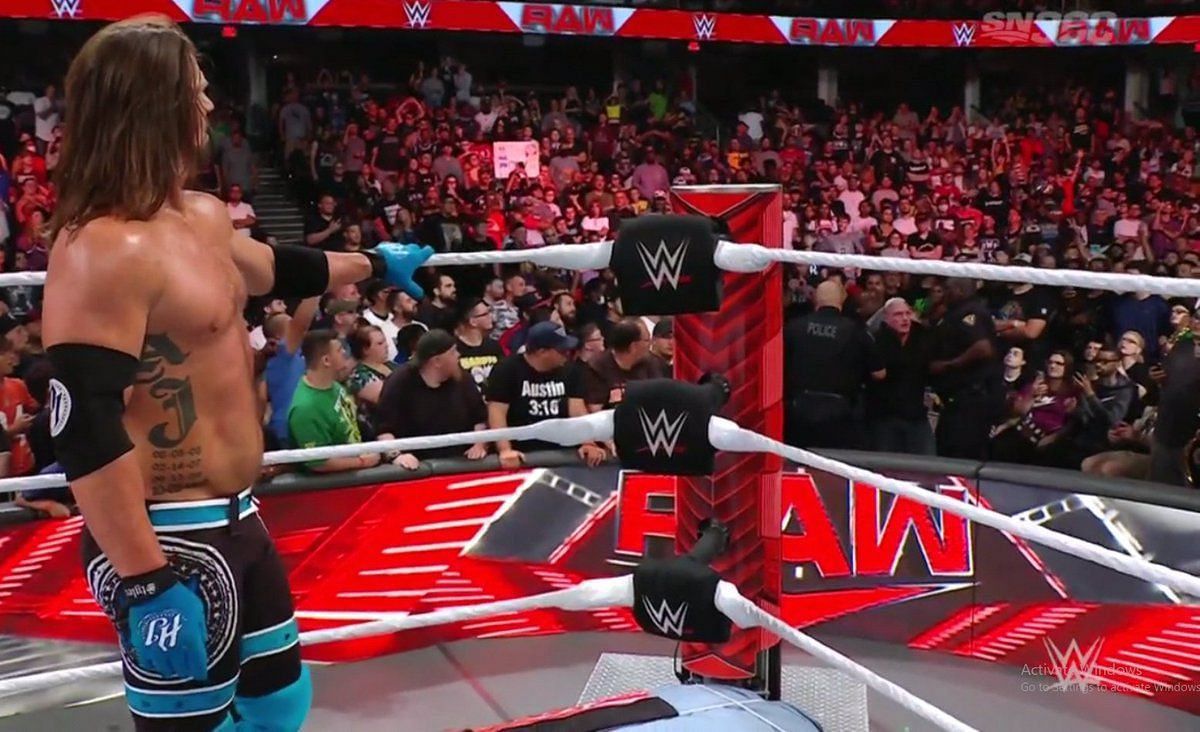 Bayley, Dakota Kai & Iyo Sky kicked off RAW, and Bayley said she was disappointed with the sorry state of women’s division on the red brand. Bayley added that it was only Bianca and Becky fighting over the title for months and both of them had become rather uninspiring.

Bayley and her faction, aka Control, were on track to revive the division before Asuka, Alexa Bliss & Bianca Belair walked out to interrupt them. The babyfaces said that they were not afraid to take on Control right then and there, and the two teams booked a match at WWE Clash at the Castle.

A brawl broke out shortly after and it headed outside before we saw Bliss hit a dive off the barricades before we headed for a break.

Rollins got the early advantage despite Montez Ford’s running interference from ringside but Dawkins managed to get some shots in off the distraction. Back after a break on RAW, Rollins got an STO in the corner before Montez ran into the ring with a steel chair.

The referee ejected Ford from ringside before Dawkins came back with some big moves and a flying senton to the outside. Rollins missed the stomp twice before Dawkins got a spinebuster for a near fall. Rollins attempted to pin with the stomps but couldn’t get the job done and resorted to the Pedigree to pick up the win.

The Mysterios were backstage when Edge came over to apologize for hitting Dom with a spear last week. He said it was an accident but Dominik wasn’t pleased and went after the Hall of Famer. Rey made Dominik back off and told him it was a mistake before the latter stormed off.

Ciampa was backstage and said that he had the spirit of Harley Race watching over him which meant that he was not afraid to face Lashley tonight.

Kevin Owens vs. Ezekiel on RAW

The match started rather abruptly and Owens was dominating off the bat. Owens ran through Zeke, barely letting him recover before sending him into the announcers’ desk and viciously hitting a powerbomb on the apron. Ezekiel was having trouble getting back on his feet and the referee stopped the match before Zeke was stretchered away.

Finn Balor was out next and told the Mysterios that he was a ‘danger’ and warned them about the match tonight. Priest challenged Edge to a singles match in the Hall of Famer’s hometown of Toronto before threatening to end him.

Meanwhile, backstage, Rey could not find Dominik and Edge offered to be at ringside for his match with Balor but the luchador declined.

Balor had the early advantage and Rey came back with some high-flying moves. Rollins went for the three amigos but Rey blocked the third suplex. Finn tried for an electric chair but the luchador reversed it into a wheelbarrow bulldog for a near fall.

Rey set up for the 619 but Priest got in the way and blocked it with his own face. Back after a break, Rey sent Balor into the barricades before Priest got in his face. Rey attempted to get back in the ring but Priest got a cheap shot and dropped him on the apron.

Edge came out and attacked Priest, taking him out before getting a near fall with a sunset bomb. Rhea Ripley came out, carrying Dominik on her back, and dropped the young superstar on the entrance ramp. Balor took advantage of the distraction and hit a Coupe de Grace for the win.

Dana and Dakota kicked off the match and Tamina was tagged in early before she dropped Dakota on the mat and sent her outside. Brooke came in with a big dive from the top rope before we headed for a break.

Back on RAW, Dana took a double team beatdown before Sky hit her with a double knee in the corner. Dakota came in and took a powerbomb for a near fall before Tamina snuck in a tag before taking the fight to Iyo Sky.

Dana went for a cartwheel splash on Dakota on the outside but Bayley dragged Kai out of the way. In the ring, Tamina hit the Samoan Drop on Sky and got a near fall. Kai came in with a scorpion kick before Sky got the moonsault for the win and advanced to the next round of the tag team title tournament.

Kevin Owens was being interviewed backstage and threatened Kevin Patrick before reminding us all that RAW was still the ‘Kevin Owens Show.’

There was a car crash in the back with Nikki ASH and Doudrop standing around but no one mentioned it.

We saw Rey Mysterio and Dominik in the doctor’s office after the attack on Dom earlier.

Lashley got the early advantage and went for a stalling vertical suplex before Ciampa got out of a powerslam and hit some big chop blocks. Lashley got a huge elbow strike before Ciampa fled the ring to regroup. Lashley followed him out and lifted Ciampa before dropping him on the Miz.

Back after a break on RAW, Ciampa got some big moves in and got a near fall but failed to get The Fairytale Ending. Lashley came back with a spear but the Miz put Ciampa’s foot on the ropes to break the pin. AJ Styles rushed Miz at ringside and sent him over the barricades before Ciampa tried to roll Lashley up off the distraction.

We saw footage of AJ Styles and The Miz brawling backstage as the match was ongoing and they were booked in a no-DQ match later in the night.

Omos vs. Promotional Talent on RAW

Omos was out next for a 2-on-1 handicap match against some local competitors. Omos dominated the match and tossed his opponents around before getting the double chokeslam and the pin with one foot.

Seth Rollins was backstage and said that he was done with Riddle. Rollins mocked Riddle and called himself the ‘gatekeeper of WWE’. The Visionary wanted the former US Champion to retire or he will make him do so like he did to Cody Rhodes.

The two traded holds early on before Gable got some big moves and took control of the match. The Alpha Academy member got a few near falls before Dolph dodged a moonsault before hitting a DDT.

The Miz vs. AJ Styles on RAW – No Disqualification Match

The match went outside early on and Miz sent Styles into the steel steps before Miz found a kendo stick and The Phenomenal One got a steel chair. They headed to the announcers’ desk and climbed onto it before Miz dropped Styles from the top and sent him over the barricades.

Back after a break on RAW, Styles set up a table at ringside before the A-Listerattacked him with a kendo stick before using the weapon to lock in a crossface. Styles recovered and attacked Miz with the kendo stick before getting a low blow with it.

Miz used the direction to try for a rollup but AJ kicked it. The Miz dodged the forearm before getting the Skull Crushing Finale for a near fall. Miz was kicked into a steel chair in the corner before AJ got the Styles Clash for the win.

The Women’s Tag Title Tournament kicked off tonight on RAW while Bayley and her faction Control set up a match at WWE Clash at the Castle.

Did a team of brothers from outside WWE just challenge The Usos? Click here for more, guys. 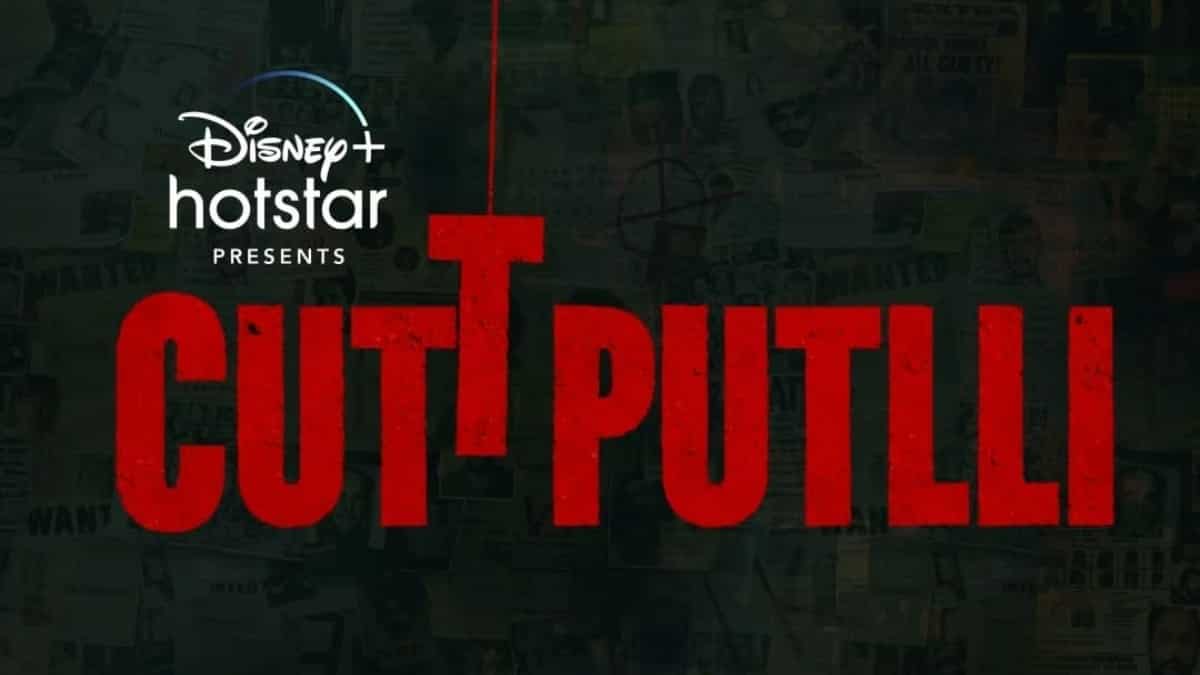 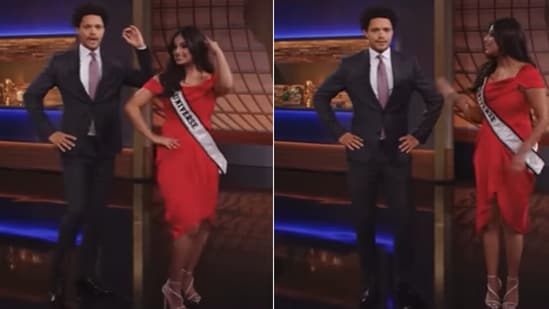 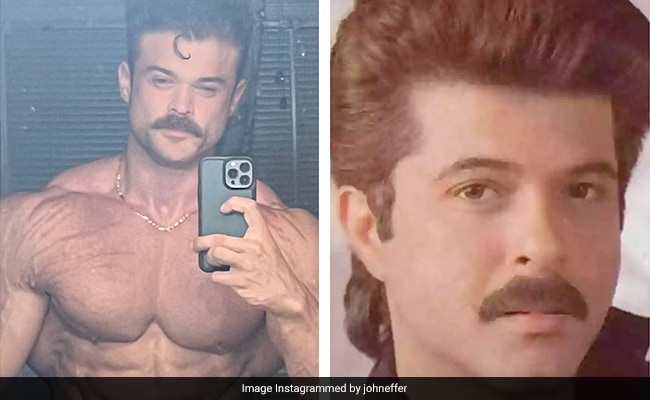